Study reveals cause of extreme nausea in pregnancy

Study reveals cause of extreme nausea in pregnancy

Study reveals genes that cause extreme nausea and vomiting in pregnancy

By Sally Robertson, BScMarch 22, 2018
Researchers have identified two genes that are associated with severe nausea and vomiting during pregnancy, a condition known of as hyperemesis gravidarum. 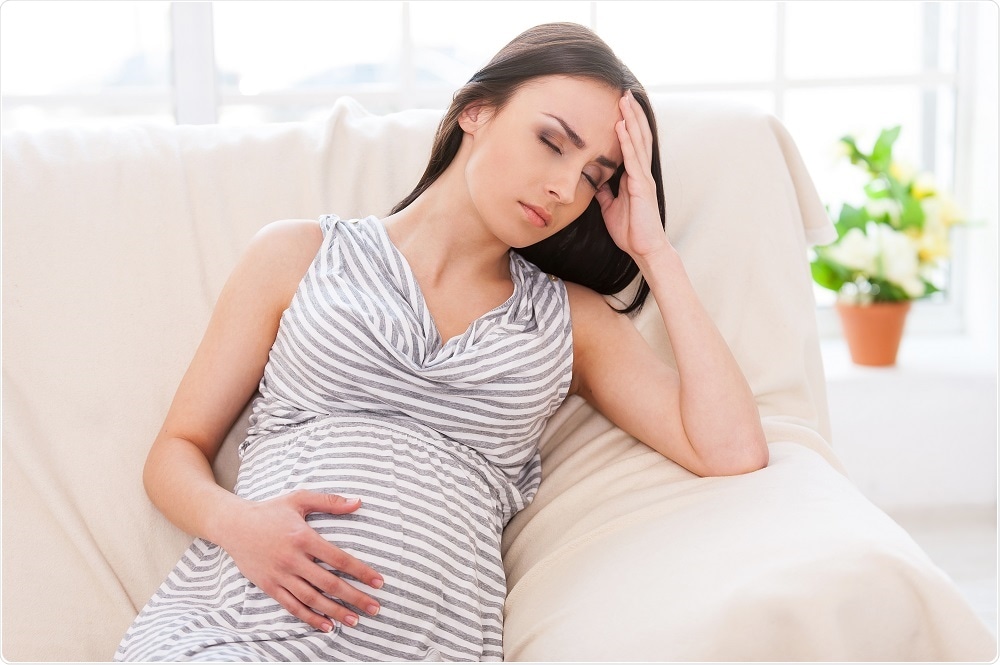 Credit: g-stockstudio/Shutterstock.com
The cause of the condition, which is experienced by about 2% of pregnant women, has not previously been identified.
Now, a study led by researchers at UCLA has shown that the genes GDF15 and IGFBP7 are linked to hyperemesis gravidarum. These genes are involved in the development of the placenta and play key roles in appetite regulation.

It has long been assumed that the pregnancy hormones, human chorionic gonadotropin or estrogen, were the likely culprits of extreme nausea and vomiting, but our study found no evidence to support this."
Marlena Fejzo, First Author

Fejzo herself suffered from hyperemesis gravidarum and lost a pregnancy due to the condition in 1999. The debilitating symptoms, which include dehydration, malnutrition and rapid weight loss, can sometimes be so severe that hospitalization is required.
Previous studies have shown that severe nausea and vomiting during pregnancy tens to run in families, suggesting a genetic element to the condition.
For the current study, Fejzo and colleagues compared the DNA of pregnant women suffering from hyperemesis gravidarum with that of pregnant women who did not experience nausea and vomiting.
As reported in Nature Communications, the findings showed that DNA variation around the GDF15 and IGFBP7 genes was associated with hyperemesis gravidarum.
A separate follow-up study showed that levels of the proteins encoded for by these genes are abnormally high among women with the condition.
The next step is to find out whether it is possible to adjust the levels of GDF15 and IGFBP7 proteins safely during pregnancy to reduce nausea and vomiting.

It is my hope that one day a medication that affects this pathway will be used to successfully treat and possibly cure hyperemesis gravidarum."
Marlena Fejzo, First Author

The findings were presented at the International Colloquium on Hyperemesis Gravidarum in 2017.
Source:
https://www.eurekalert.org/pub_releases/2018-03/uoc--tgl031918.php
Publicado por salud equitativa en 9:58