Police Use of Rubber Bullets Can Still Be Deadly, Study Warns 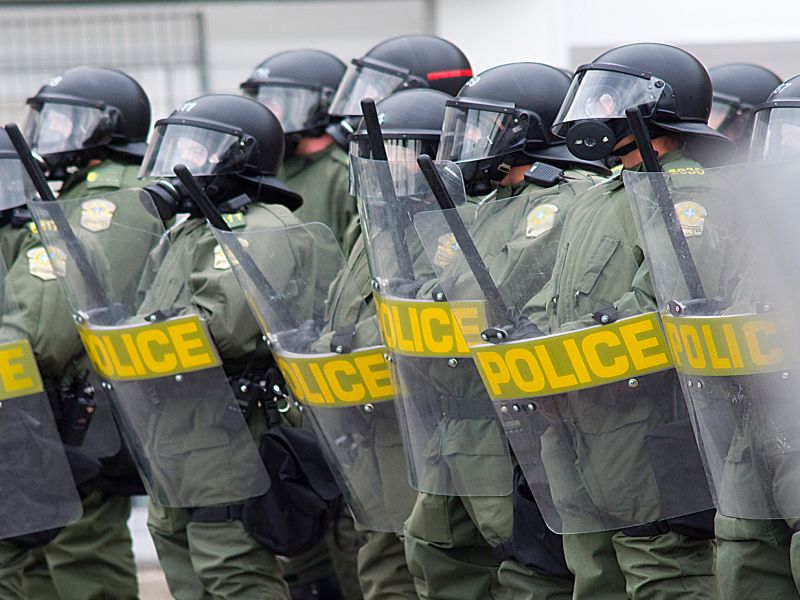 MONDAY, Dec. 18, 2017 (HealthDay News) -- They may be touted as relatively harmless, but rubber and plastic bullets can cause serious injury and death, and should not be used when riots occur, researchers say.
These types of bullets -- widely used by police, military and security forces to disperse crowds -- are meant to incapacitate people by causing pain or injury.
But a team from the University of California, Berkeley, said the speed at which many rubber or plastic bullets leave the weapon is the same as live ammunition.
In fact, the new study suggests "that these weapons have the potential to cause severe injuries and death," said researchers led by Dr. Rohini Haar, of UC Berkeley's School of Public Health.
They looked at data from 26 published studies examining outcomes among nearly 2,000 people, mostly young adults, who suffered injuries after being hit by rubber or plastic bullets in numerous countries -- Israel/Palestine, Britain/Northern Ireland, South Asian countries, the United States, Switzerland and Turkey.
In total, 53 (3 percent) of the people died of their injuries, Haar's team reported Dec. 18 in the journal BMJ Open.
"Penetrative injuries" accounted for 56 percent of the deaths, and blunt trauma for 23 percent of the deaths, the research group said.
Disability after being hit by a rubber or plastic bullet wasn't rare, either: About 300 (16 percent) of survivors suffered permanent disability. Blindness and removal of the spleen or a section of the bowel due to abdominal injuries accounted for most of this disability, the study found.
In fact, of the more than 2,100 injuries reported, 71 percent were judged to be severe, with injuries to the skin, hands and feet most common.
Several of the studies also found that rubber or plastic bullets are highly inaccurate and can miss the target -- injuring peaceful demonstrators and bystanders instead.
The bottom line, Haar and her colleagues said, is that rubber and plastic bullets "do not appear to be an appropriate means of force in crowd-control settings," and international guidelines on the use of crowd-control weapons are required to halt further needless injury and death.
SOURCE: BMJ Open, news release, Dec. 18, 2017
HealthDay
Copyright (c) 2017 HealthDay. All rights reserved.
News stories are written and provided by HealthDay and do not reflect federal policy, the views of MedlinePlus, the National Library of Medicine, the National Institutes of Health, or the U.S. Department of Health and Human Services.