By Sally Robertson, BScJuly 10, 2017
A new report from MacMillan Cancer Support has revealed that cancer diagnosis is now one of the most common events in people’s lives, with new cases being more common each year in the UK than marriage. 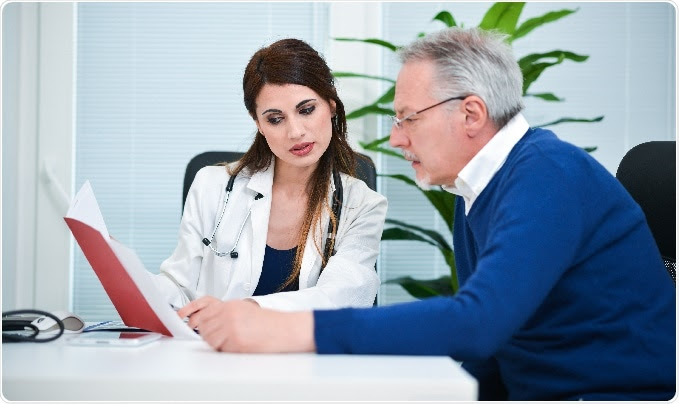 Credit: Minerva Studio/Shutterstock.com
The report, which is called “The C-Word: How we react to cancer today,” has been released as part of the charity’s major new advertising campaign “Life with Cancer.”
The point of the report and campaign is to better inform the public about the reality of cancer diagnosis, as well as to remove some of the fear surrounding diagnosis and highlight the support and treatments that are available to people living with the disease.

Analysis behind the report has revealed there are over 70,000 more cases of cancer diagnosis in the UK each year than there are marriages. The latest figures also show that there are almost 50,000 more cases of cancer diagnosis each year in England and Wales than there are women giving birth to their first child.
MacMillan also investigated people’s attitude to the disease and found that cancer is the most commonly feared condition (37%) over Alzheimer’s (27%), stroke (7%), depression (4%), heart disease (4%) and multiple sclerosis (2%). For one in ten people, cancer is something they fear even more than their own death, losing a loved one and terrorism.
Since 50% of people will be diagnosed with cancer at some point in their lives, Macmillan wants people to better understand the support and treatments that are available.

As more and more people are being diagnosed with cancer, it’s important that we are all better informed about what to expect if we do one day we receive this shocking news,”
Chief Executive of Macmillan Cancer Support, Lynda Thomas

MacMillan wants people to understand the treatment and support that is available to them and that living with cancer does not have to change who you are. An important message MacMillan hope to deliver is that “life with cancer is still life,” reflecting the sentiment expressed by 85% of people living with the condition who say they don’t want to be defined by the disease.
The charity believes that being prepared and informed about treatments and what to expect during and after therapy can help people to continue getting on with their lives from the moment of diagnosis.
Source:
Publicado por salud equitativa en 14:46