Serious Mental Illness Among Adults Below the Poverty Line

Serious Mental Illness Among Adults Below the Poverty Line 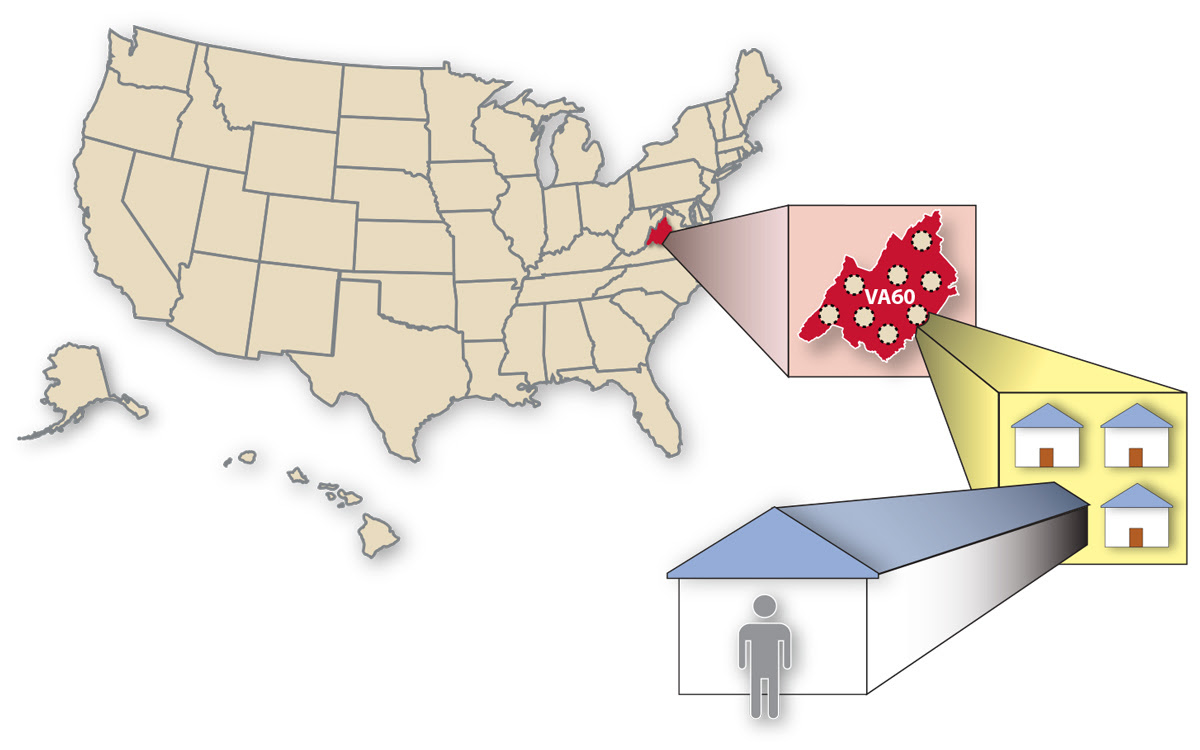 SERIOUS MENTAL ILLNESS AMONG ADULTS BELOW THE POVERTY LINE 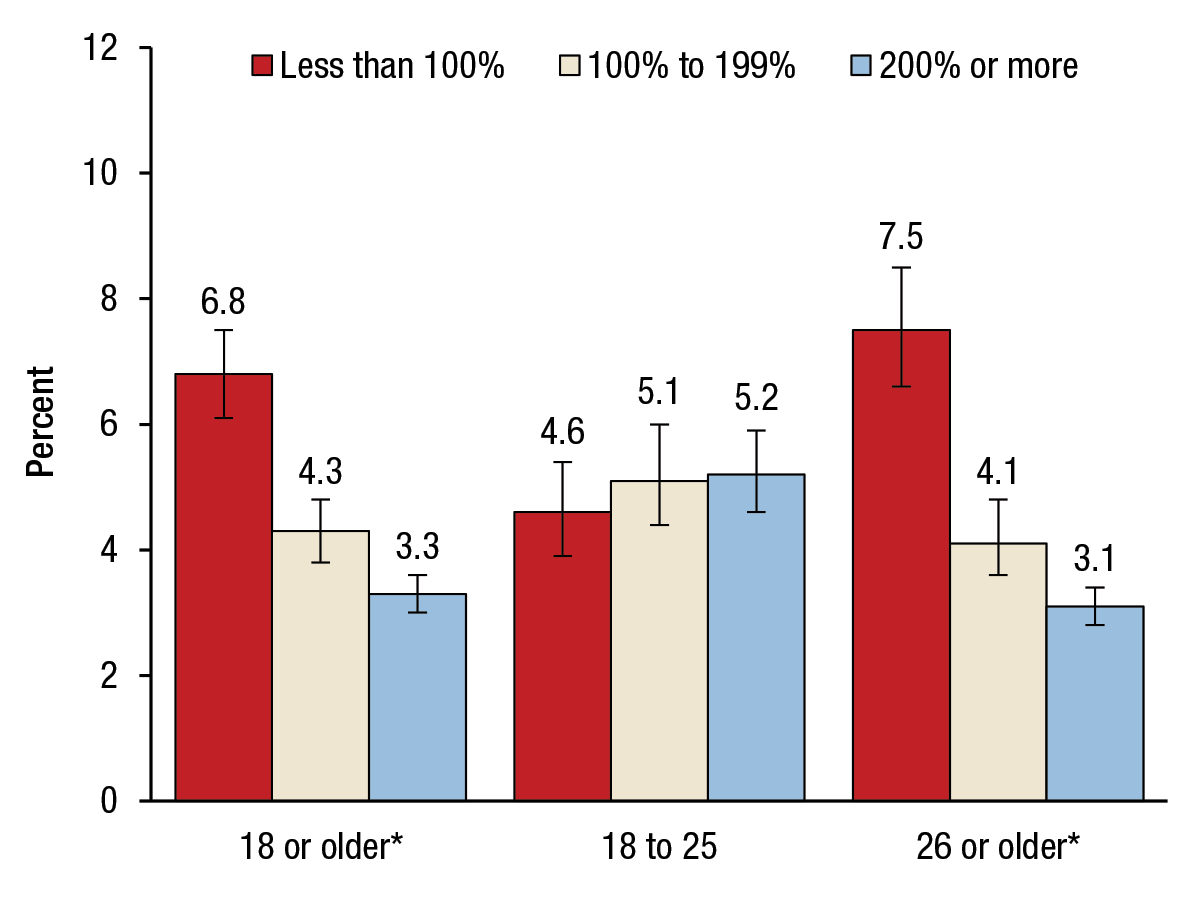 Note: Error bars visually represent the variability or uncertainty in the percentages.

The challenges that adults with mental illness face are made more difficult if they are living in poverty.1 For example, adults with mental illness who are living in poverty may face higher health care costs, decreased productivity, and poor general health.2 According to the National Survey of Drug Use and Health (NSDUH), an estimated 9.8 million adults aged 18 or older in the U.S. had a serious mental illness (SMI), including 2.5 million adults living below the poverty line.3,4 SMI is defined in NSDUH as adults who in the past year have had a diagnosable mental, behavioral, or emotional disorder (excluding developmental and substance use disorders) of sufficient duration to meet diagnostic criteria and has resulted in serious functional impairment substantially interferes with major life activities. Adults aged 26 or older living below the poverty line were more likely to experience SMI than those living at and above the poverty line (7.5 percent vs. 4.1 and 3.1 percent, respectively). In contrast, the percentage of young adults with SMI was similar in each of the  levels of poverty.
The relationship between mental illness and poverty is complicated. Poverty may intensify the experience of mental illness. Poverty may also increase the likelihood of the onset of mental illness.5 At the same time, experiencing mental illness may also increase the chances of living below the poverty line.2 The Substance Abuse and Mental Health Services Administration provides resources for those  with mental illness. For information on accessing treatment, please visit http://findtreatment.samhsa.gov

Source: 2015 National Surveys on Drug Use and Health (NSDUH), an annual survey sponsored by the Substance Abuse and Mental Health Services Administration (SAMHSA) that surveys a representative sample of the population through face-to-face interviews at their places of residence.
Publicado por salud equitativa en 7:33