Mothers of Kids With Severe Birth Defects May Have Shorter Lives: Study

Mothers of Kids With Severe Birth Defects May Have Shorter Lives: Study

But the overall risk of early death is still quite low 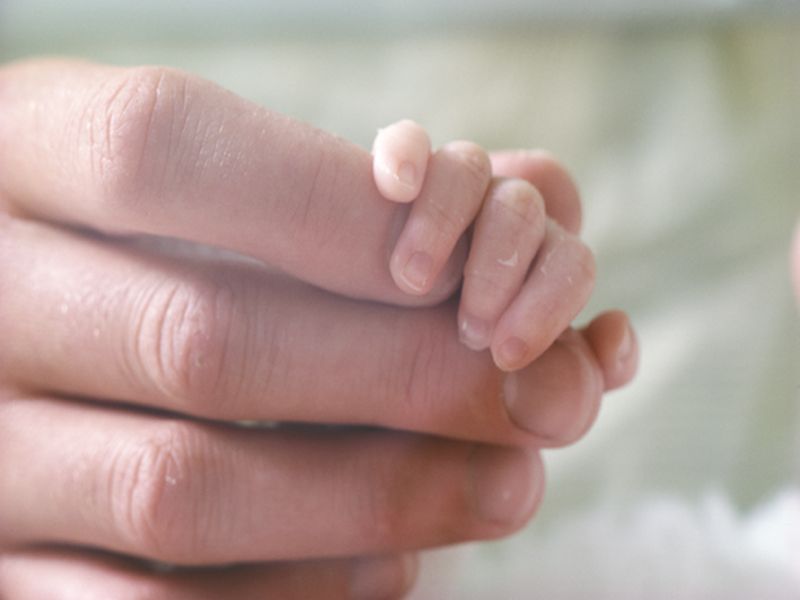 TUESDAY, Dec. 20, 2016 (HealthDay News) -- A mother raising a child with a major birth defect may face a higher risk of dying early compared with a mother whose child doesn't have a birth defect, Danish research suggests.
But, the researchers added, the risk of early death was "marginal."
The finding is based on a review involving more than 455,000 Danish mothers. Some had given birth to children with single- or multiple-organ birth defects, including genetic conditions, such as heart or kidney disease, and/or structural anomalies, such as a cleft palate.
The result: raising a child with a birth defect was associated with a higher -- though still low -- maternal risk for dying from heart disease or respiratory illness.
"It's important to say that young women just don't die very frequently," stressed study lead author Dr. Eyal Cohen. He's a physician in the department of pediatrics with The Hospital for Sick Children at the University of Toronto in Ontario.
"So yes, it's true, we did find that a young woman raising a child with a birth defect would be 27 percent more likely to die than otherwise," he said.
"But the absolute risk that such a mother will die is still marginal," Cohen added. "It's like if you move from New York to Florida: your risk of dying in a hurricane will go up, yes, but it's still very unlikely that you'll die in a hurricane."
The study authors noted that between 2 percent and 5 percent of all children born in the United States and Europe have a major birth defect.
The study included data collected by the government of Denmark.
Mortality trends were calculated among roughly 41,500 Danish mothers who, between 1979 and 2010, gave birth to a child with at least one major birth defect. The researchers compared death rates among those women to nearly 414,000 Danish moms who had given birth to infants with no birth defects.
At delivery, the women were nearly 29 years of age, on average. Death rates were tracked for 12 to 28 years (21 years on average), and continued through 2014.
The research team concluded that a mother raising a child with a birth defect faced about a one-quarter higher relative risk of dying from natural causes, both within the first 10 years after giving birth and much further down the road.
Cohen said that risk dropped down to 22 percent after adjusting for a range of factors, including the mothers' high blood pressure, depression, alcoholism, smoking history, weight, educational level, marital status, and history of pregnancy complications.
Cohen noted that premature death risk was higher among women whose children were born with multiple defects, as opposed to one birth defect.
"Of course, we can never make a definitive cause-and-effect determination with a single study," cautioned Cohen. But he added that many factors likely come together to boost mortality risk. His team pointed to the financial toll and extreme stress that can occur when raising a child with a birth defect.
"But when you look at the kinds of death that went up, it does seem, at least in theory, that stress would be the main cause of this," he said. "For example, we found a stronger association with dying from heart disease, rather than cancer. And we know heart disease is associated with stress."
And given Denmark's extremely strong social safety net, "my expectation is that we would find similar results, or an even higher risk, in other countries with weaker caregiver support, such as the U.S.," Cohen added.
Dr. Edward McCabe, chief medical officer at the March of Dimes, reiterated that the findings so far highlight "an association, not causation," and will require further study.
"It's important not to be alarmist and raise concerns unnecessarily," he added.
But McCabe did agree that the Danish findings are "concerning, with respect to countries that have poorer or less generous social services and support. And it does, in particular, raise concerns about the U.S., where our medical care and social services are clearly not as robust."
The study was published in the Dec. 20 issue of the Journal of the American Medical Association.
SOURCES: Eyal Cohen, M.D., M.Sc., physician, department of pediatrics, The Hospital for Sick Children, University of Toronto, Ontario, Canada; Edward McCabe, M.D., Ph.D., geneticist, pediatrician, and chief medical officer, March of Dimes, White Plains, N.Y.; Dec. 20, 2016, Journal of the American Medical Association
HealthDay
Copyright (c) 2016 HealthDay. All rights reserved.
News stories are provided by HealthDay and do not reflect the views of MedlinePlus, the National Library of Medicine, the National Institutes of Health, the U.S. Department of Health and Human Services, or federal policy.