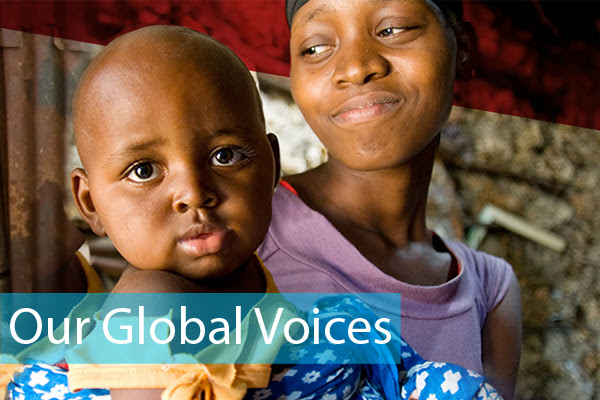 Innovation to Drive Impact: Reaching the Hardest to Reach

As we mark World AIDS Day, we reflect on how far we’ve come and acknowledge the profound challenges that still remain. The scientific progress we’ve made since the first cases of AIDS that appeared more than 35 years ago has been nothing short of remarkable.
The results of new Population-based HIV Impact Assessments in Malawi, Zimbabwe, and Zambia are cause for celebration. They suggest these countries are making tremendous progress towards achieving epidemic control: confirming estimated reductions in incidence from 2003 to 2015, measuring high population viral load suppression (67 percent of adults living with HIV in Malawi are virally suppressed, compared to 60 percent of adults living with HIV in Zimbabwe, and 59 percent of adults living with HIV in Zambia), and demonstrating that persons who report knowing they are HIV-positive are likely to be accessing treatment with successful viral load suppression.
But HIV continues to be a leading cause of death worldwide. There were 1.1 million AIDS-related deaths 2015, including 400,000 deaths among people living with HIV resulting from TB disease. Approximately two million people become newly infected with HIV each year.
Despite tremendously successful efforts to expand access to life-saving HIV treatment to over 18 million people, millions more infected with HIV worldwide have yet to access critical prevention and treatment services. We must ask ourselves: What new approaches are needed to better reach the people who haven’t been reached yet? How do we build on the services in place so far, and innovate to be even more efficient and effective?
Using Data to Reach Those Left Behind

CDC and partners are using data – the foundation of all of our efforts – to shape our HIV programs. The good news is that more types of high-quality, targeted data are increasingly available to help inform our understanding of country-specific HIV epidemics and responses.
Most recently, CDC, in collaboration with country governments, the U.S. President’s Emergency Plan for AIDS Relief (PEPFAR), and ICAP at Columbia University, has been playing a key role in creating and conducting Population-based HIV Impact Assessments (PHIAs). Supported by PEPFAR, these ‘next generation’ surveys combine household visits with key questions and cutting-edge technologies to measure HIV incidence, prevalence, viral load, and CD4 cell counts in the context of reported use of services.
Previously, we had to rely on data models to project the potential impact of the HIV response. These new surveys, used in conjunction with other special survey, program, and research data, will help to provide the sharpest picture to-date of specific HIV epidemics, the impact of our global HIV programs, and who is left to be reached—by age, by gender, by location. PHIAs have been completed in Zimbabwe, Malawi, and Zambia, and are planned or underway in another 10 countries over the next two years.
Innovative HIV Testing Strategies and Streamlined Care Models
Increasingly, people with HIV who are not aware of their status may not be easily reached by existing testing services in certain countries. They may be younger or healthier; they may be men who don’t access health services as frequently as women of child-bearing ages; they may be populations who are marginalized, stigmatized, or not well served by current programs. CDC supports innovative efforts to deliver HIV testing to better serve these people.
For example, CDC is supporting efforts in health clinics and in the community to reach the partners of people with HIV and other at-risk individuals through their social networks. We’ve also developed and are currently evaluating a simple, rapid test that can simultaneously diagnose HIV and identify if the infection was recent, which may help us to interrupt transmission among people at highest risk. In Brazil, we’ve supported self-testing as a way to empower men who have sex with men know their status and rapidly link them to quality prevention and treatment services.

As the world moves to “Treat All”—treating all people with HIV soon after diagnosis—CDC is working alongside our partners to help more people with HIV receive and stay on treatment. Starting HIV treatment early and staying on it helps protect the health of those living with HIV and significantly reduces their chances of spreading HIV to others.
For example, in rural areas of Zambia and the Democratic Republic of Congo, CDC and our partners help sustain the efforts of community antiretroviral treatment support groups. Group members take turns collecting everyone’s medications from the clinic and bringing them back to the community where it’s easier to access them. Research shows that these groups significantly reduce patients’ travel costs and time spent waiting in clinics. A recent study also concludes that people who take part in these support groups are significantly more likely to stay on treatment than those who don’t.
While we initially targeted stable adults with successful treatment models, CDC and its partners are exploring ways to expand them to include families, adolescents, and vulnerable populations because they can provide critical peer and community support, particularly should new challenges arise.
Addressing the Unique Prevention Needs of Young People
The promise of an AIDS-free generation relies on preventing HIV among young people. As more young people than ever come of age in sub-Saharan Africa, the bar is even higher to find strategies that work.  CDC actively supports PEPFAR’s DREAMS initiative to reduce new infections among adolescent girls and young women, mobilize communities, strengthen families, and decrease risk in male sex partners through voluntary medical male circumcision and HIV treatment.
Leadership. Commitment. Impact.
Our work is making a major difference in the lives of millions of people. In FY 2016 alone, through PEPFAR, U.S. government agencies—including CDC and our partners—supported HIV testing and counseling for 74.3 million people. As of September 30, 2016, PEPFAR provided life-saving HIV treatment for 11.5 million men, women, and children. And to date, PEPFAR prevented nearly 2 million babies from being born with HIV, who would have otherwise been infected.
These numbers are both cause for celebration and motivation to keep pushing forward to achieve our vision of a world free from HIV. The global community must continue to work together with leadership, commitment, and a focus on impact to make the promise of an AIDS-free generation a reality.
Visit our website to learn more about CDC’s World AIDS Day activities as well as our efforts year-round leveraging data and scientific expertise to fight both HIV and TB around the world.
Posted on December 1, 2016 by Shannon Hader, MD, MPH, Director of CDC’s Division of Global HIV & TB