The small Israeli village where everyone’s a doctor | ISRAEL21c

The small Israeli village where everyone’s a doctor | ISRAEL21c

The small Israeli village where everyone’s a doctor

Israeli-Arab community of Arraba in the lower Galilee has more than six doctors per thousand inhabitants - one of the highest numbers of doctors per capita in the world. 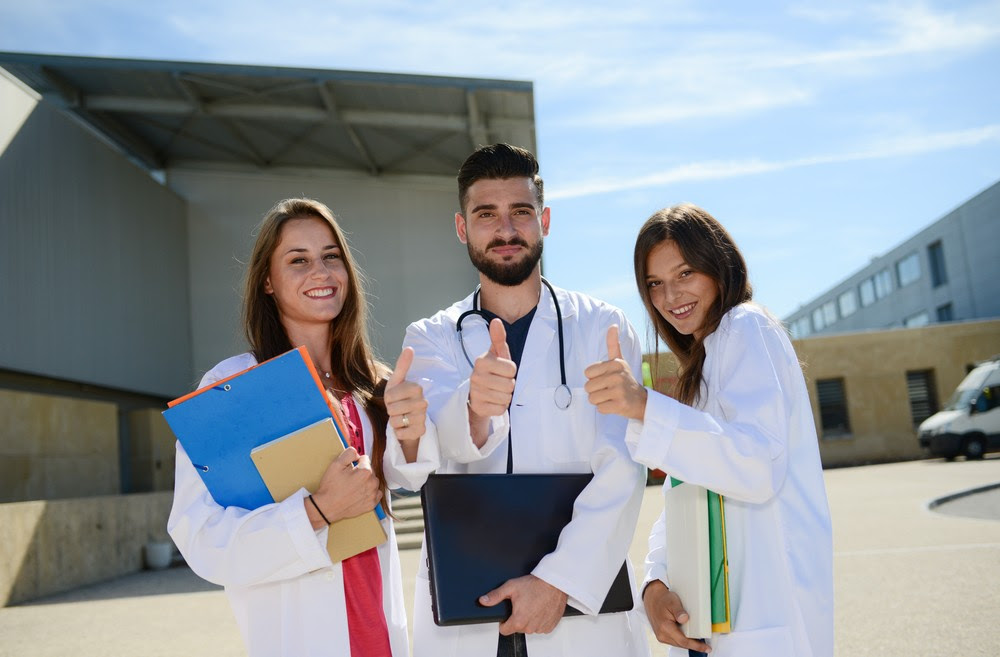 Viva Sarah Press reports on the creativity, innovation and ingenuity taking place in Israel. Her work has been published by international media outlets including Israel Television, CNN, Reuters, Time Out and The Jerusalem Post.
VIEW ALL STORIES BY VIVA SARAH PRESS

The village of Arraba, to the north of Nazareth, may look like just another quiet community in the Lower Galilee. But take a closer look at the 24,000 residents and you’ll notice a lot of them preface their names with the title “Dr.”
Arraba (also transliterated as Arrabeh) boasts one of the highest numbers of doctors per capita in the world. The Israeli Arab community has more than six doctors per thousand inhabitants, according to a 2015 report by community activist Makbula Nassar, a journalist and presenter of current affairs programs.
By comparison, Israel as a whole has 3.4 physicians per 1,000 residents and the OECD average is 3.3 doctors per 1,000 people.
But Nassar tells ISRAEL21c that what’s even more astonishing about this village is the number of new medical graduates it produces every year.
Israel has about five medical graduates per 100,000 people, according to a 2013 OECD report.
The average was 11.5 new medical graduates per 100,000 across OECD countries, according to the same report. This proportion was highest in Ireland – with 20.3 medical graduates per 100,000 people — whereas Israel (5:100,000) and Japan (6:100,000) had the lowest number of new medical graduates relative to their population.
“Arraba produces between 25 and 30 new doctors each and every year,” Nassar says. “This village is filling the gap of Israel’s lack of doctors.” 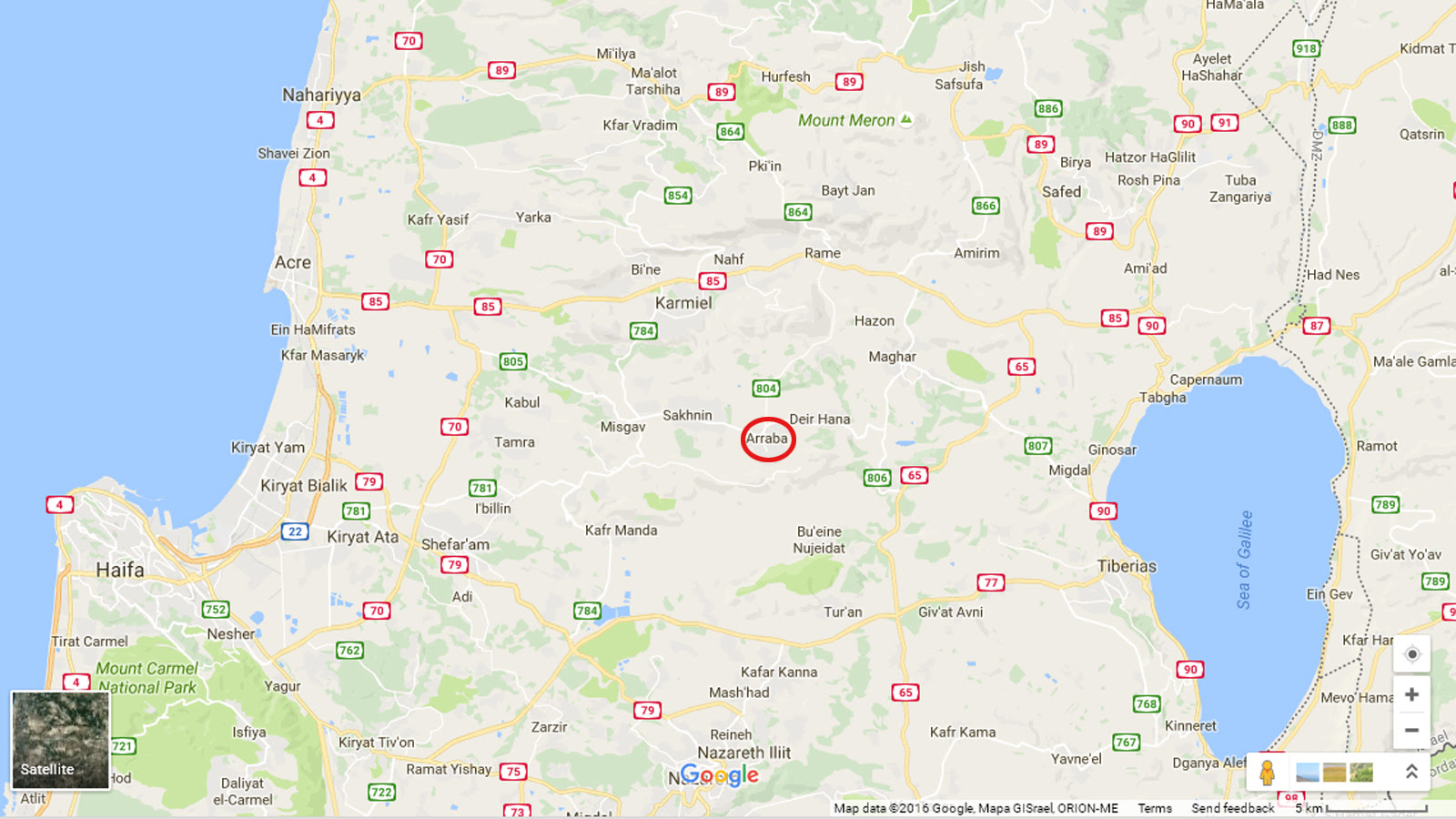 Arraba in the Lower Galilee.
From Harvard to Arraba
How did a village once known for farming turn into a medical mecca?
Dr. Hatim Kanaaneh, the first Western-trained doctor in Arraba, is credited with this reform.
Just as restaurateur Jawdat Ibrahim gave new life to the Arab-Israeli village of Abu Ghosh after he won the Illinois lottery and returned home to help a new generation of university students better their careers, Kanaaneh returned to his village in the late 1960s after receiving his medical degree from Harvard University.
Kanaaneh instigated a call for proper healthcare in the Galilee and raised awareness of the medical profession among his fellow Arabs.
The former public-health employee of the Israeli Ministry of Health then cofounded the non-governmental public health organization The Galilee Society to better serve Arab villages and towns.
He also authored a collection of short stories, Chief Complaint: A Country Doctor’s Tales of Life in Galilee.
“Dr. Hatim was not just a doctor giving us medicine back in the 1960s and 1970s; he was also a community public health leader. He raised awareness and he gave hope,” Nassar says about Kanaaneh’s impact on the community. “He’s also a good man and someone to emulate. So, when mothers and fathers want to invest in their children, they invest in education.”
With only five medical schools and two dentistry schools in the country, Israeli students – Muslim, Christian and Jewish – often head to European medical schools for training. Arab students from Arraba are also going to Jordan to study.
Nassar tells ISRAEL21c that Arraba welcomed home 30 medical school graduates last year. The year before, 26 students from the village returned to Israel from medical studies abroad. She says there are over 200 physicians in Arraba today working in their field.
“Arab admiration for the medical profession is known: we want our sons to be doctors, our husbands to be doctors, and our used car to come from a doctor. But 30 doctors a year from a community with 24,000 inhabitants is an overwhelming love for a profession, and that deserves examination,” Nassar wrote in a Hebrew op-ed.
Arraba eyes a state hospital
The hospitals in the north of the country, about 50 minutes’ drive from Arraba, have a fairly even mix of Muslim, Christian and Jewish doctors and nurses. According to StandWithUs, 35 percent of all doctors in Israel are from the Arab sector. A 2015 study by Tel Aviv University indicated that Arabs account for 35% of all pharmacists, too.
“There is nothing more majestic than medicine, a status symbol on the one hand and on the other hand a profitable profession, providing two vital Arab needs: pride and survival,” writes Nassar, whose nephew is in his fifth year of medical studies.
Residents of the country’s northern communities are waiting for the Ministry of Health to act on its call in 2014, to build a new hospital in the Galilee. Nassar says she knows just the right place to build it.
“We are in the center of the Galilee. The government should build the new hospital in the area of Arraba-Sakhnin-Dir Hanna,” Nassar tells ISRAEL21c. “The hospital will service tens of Arab and Jewish communities located between Safed and Haifa, Tiberias and Nahariya. Arraba has the medical graduates. Instead of them traveling an hour to other hospitals, they can work at this new hospital nearby. It’s time to make a change.”
Publicado por salud equitativa en 9:04