MercatorNet: Are children really better off with working mums?

MercatorNet: Are children really better off with working mums?

Are children really better off with working mums? 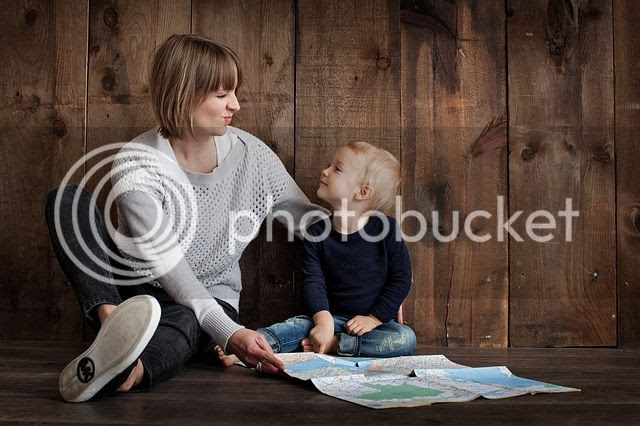 "Children Develop Faster When Their Mothers Go Out To Work."
So said a headline on the front page of the Times of London last week. It quoted academics from Oxford University. They claimed to have established that children whose mothers were not working had lower capabilities across ‘four measures of development’; talking, everyday tasks (like washing hands), social skills and movement.
The study stated that, by way of stark contrast, kids spending time at nursery did better. Paying a stranger to bring up our children with other children meant a 10 per cent improvement in the performance of those everyday tasks.
With a crushing predictability one of the report’s co-authors, Oxford University’s Laurence Roope, giddily vaulted the imaginary line which must have once separated research and lobbying with these quotes. “Time spent in daycare,” he said [has] “…a strongly positive effect. It’s very important for policymakers to support working mothers through flexible working and providing….good quality nurseries.”
Uhm. Good quality nurseries, eh? As we know, getting smart, motivated people into daycare is proving to be a challenge. But what’s really interesting, I would submit, is that the authors, having elected to become lobbyists, do not lobby in a different direction.
Because the same research also found that when grandparents take care of children, there is a 5 per cent rise in ‘talking skills’ and a 10 per cent improvement in social skills. Common sense suggests there is some truth at work here. Grandparents, by dint of belonging to an older generation, are more likely to be sticklers for P’s and Q’s. Their vocabulary is likely to be richer. Having corrected their children’s solecisms, they are naturally trained to help their grandchildren.
And yet the authors do not seem to be advocating a push for more care to be provided inter-generationally within a family. They appear to prefer ignoring the family and contracting-out parenting to strangers either employed or regulated by the state.

The other problem with this research is summed up by the commentator Libby Purves (pictured right). She wrote: “[the] research was either done among the more hopeless, deprived and depressed families, where mothers stare at the telly all day, or among the particularly stupid super-rich where mothers shop and socialise and leave the infants in the care of a duff au pair who resents the lot of them.”
Libby Purves correctly identifies the enduring drawback of so much data crunching, particularly where families are concerned. Very often, it seems to me, the good things that are going on in a family are magnified when the family is stable. The corollary of that is that when a family is unstable, chaotic, vulnerable – call it what we must – then the things which make a happy family happier, make an unhappy family glummer.
For instance a study published this week by Florida Atlantic University, and widely reported, showed how siblings can adversely influence each other. The research argued that a youngster is more likely to pick up bad habits – boozing, taking drugs – from a brother or sister than anyone else. Their influence is greater than parents or peers at school.
On one level this is obvious. Siblings usually spend a lot of time together and a younger child sometimes idolises an older child and uses them as a role model. But plenty of other research is out there (some of it drawn together in a book my husband wrote for the think-tank Civitas) which demonstrates the protective effect of siblings. The point is that where a family is functional, siblings are a catalyst for good behaviour. Where a family has problems, those difficulties can be exacerbated by siblings.
And so, I would argue, the same analysis can be applied to a lot of family research. Naturally, researchers try and ‘control’ for background but, as Libby Purves hints, it is reasonable to imagine that hapless stay-at-home parents do not represent all stay-at-home parents.
There is, to be callous for a moment, a world of difference between a home-maker who has decided to forfeit a career and who brings her life-skills to bear on the home, and a young mum, perhaps straight out of school, who has never – and may never – do a job.
Joanna Roughton is the editor of BeHome, the blog of the Home Renaissance Foundation. Reproduced with permission.

I am a bit puzzled by the horrified gasps of journalists at the rise of “post-truth” politics in the era of Donald Trump. Perhaps these guys skipped their lectures at college. For the past 30 or 40 years, post-truth philosophy has been the received Gospel in the humanities. “Truth is what your contemporaries let you get away with,” said the grand old man of American relativism, the philosopher Richard Rorty, a familiar contributor to the New York Times. He was only half-joking. There was no such thing as truth – only democratic consensus.
So after a generation of toxic philosophy, why is anyone surprised that we are on the brink of a generation of toxic politics? Hasn’t the media ever heard of the notion that ideas have consequences? Andrew Calcutt does a good job of describing how intellectuals sold off the family silver in an article below.