Discussions >>
Talk about this article with nurses and others in the oncology community in the General Discussions Oncology Nursing News discussion group. 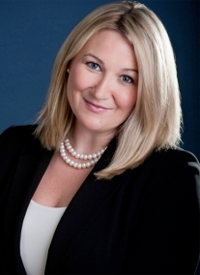 Olga Ivanov, MD
A study involving women with a BRCA mutation who had risk-reducing surgery to lower their risk of breast and/or ovarian cancer found that many of these individuals have surgical procedures such as oophorectomy or mastectomy without a full understanding of how they will affect their sexuality and other aspects of their lives. Many suffered personally in the aftermath of their surgery, were not informed by their physician of these potential issues before surgery, and continued to be uncomfortable talking about their sex life and other topics with their doctor.

Olga Ivanov, MD, a breast cancer surgeon at the Florida Hospital Cancer Institute, presented these findings at the 2016 ASCO Annual Meeting. Oncology Nursing News spoke with Ivanov to discuss the importance of education and adjusting to a “new normal.”

Please provide an overview of your study.

Ivanov: In 2012, we had a chance to distribute over 1000 questionnaires to carriers of BRCA1 or BRCA2 mutations who are members of the support and advocacy organization, Facing Our Risk of Cancer Empowered (FORCE). About 3 out of 4 returned the questionnaire.

We had a particular interest in women’s sexuality and libido after receiving risk-reducing surgery, such as a mastectomy or oophorectomy. About 80% to 90% of these women were extremely concerned about their decreased sexuality and libido. Just to give you an example, about 12% of the general population is sexually inactive. Among this population, though, about 40% were sexually inactive after receiving risk-reducing surgery.

Having said that, the patients have not experienced any regret over undergoing surgery, but they did wish their physicians spent more time preparing them for what was coming and managing their expectations. A majority of women went into surgery unaware they would become postmenopausal the day after their oophorectomy.

Are there any changes—physically—that make the act of sex harder for patients and survivors?

We are always improving our method of treatment. As a breast cancer surgeon, I do surgeries that would have seemed impossible 5 years ago, such as nipple-sparing mastectomy. This type of mastectomy maintains a far better physical appearance, causing less emotional trauma to the women undergoing the surgery. Additionally, if we cannot give them the hormones back, can we find equal—but safe—alternatives?

What are the next steps of this research?

We must improve patient education. We can’t, at this point, let patients go back on the hormones we’re depriving them of, whether it’s through chemotherapy or by taking out their ovaries. We can, however, potentially educate them and look at the complementary medicines that mitigate their postmenopausal symptoms after surgery.

Why is it important for providers to discuss these symptoms with patients?

It’s much needed because an uneducated healthcare professional translates to an uneducated patient, and it becomes a vicious cycle. It’s important to not just take away the breast cancer, but understand and realize what happens next. Is that life we saved worth living afterwards? How can we make it worth living?
- See more at: http://nursing.onclive.com/web-exclusives/women-need-more-information-to-cope-with-aftermath-of-brcaprompted-preventive-surgery#sthash.OtLonkyu.dpuf
Publicado por salud equitativa en 6:11