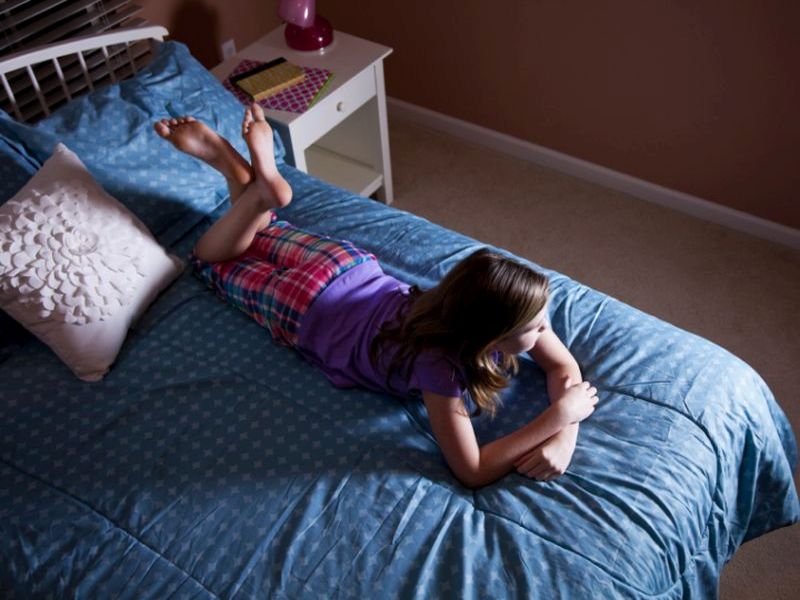 MONDAY, Aug. 22, 2016 (HealthDay News) -- Parents should take industry television ratings with a grain of salt, since they don't always reflect the true amount of violence, smoking and drinking in TV shows, a new study warns.
Shows approved for children 7 and older (TV-Y7) contain nearly as much violence as shows intended for adults only, said lead researcher Joy Gabrielli. She is a clinical child psychologist at Dartmouth College's Geisel School of Medicine in Hanover, N.H.
In addition, shows rated for preteens and teenagers displayed just as much smoking and drinking as adult-rated shows, according to the study.
"When you think about who's going to be watching shows rated TV-PG and TV-14, it's going to be preteens and early adolescents," Gabrielli said. "Those are the folks who we worry about most when it comes to initiation of substance use behavior."
Only sex and gory violence appeared to be appropriately reflected in the ratings from the TV Parental Guidelines Monitoring Board, the industry-supported group charged with reviewing and rating TV shows, Gabrielli said.
"Our paper is meant to be a cautionary tale to parents about the ratings," she said.
The monitoring board responded to the study by citing a recent nationwide survey that showed most parents are aware of and understand the ratings system.
"The survey results showed that the ratings are viewed favorably by nearly four out of five parents and 77 percent of parents use the ratings system, an increase from similar studies conducted in 2014 and 2011," said Missi Tessier, spokeswoman for the board's executive secretariat. "Additionally, some 96 percent of parents polled said they were satisfied with the accuracy of the parental ratings for shows on television."
The TV industry created the parental guidelines in 1996, under pressure from Congress to protect children from depictions of sex and violence on television, researchers said in background notes. Ratings appear in the upper left corner of the screen at the start of TV shows.
To assess the accuracy of the ratings, Gabrielli and her colleagues reviewed 323 episodes of 17 television shows, coding them for risk behaviors, such as violence, sex, and smoking or alcohol use. The shows were rated TV-Y7, TV-PG, TV-14 or TV-MA (for mature audiences).
"We know from prior research that youth exposure to risk behavior in the media accounts for some of the explanation of how they develop those risk behaviors over time," Gabrielli said. Media can play a role in kids picking up bad habits and escalating their risky behavior.
Seven shows were chosen because they were most popular with youth, based on Nielsen ratings. The shows included: Dirty Jobs (TV-14); Family Guy (TV-14); Fresh Prince of Bel Air (TV-PG); SpongeBob SquarePants (TV-Y7); The Fairly OddParents (TV-Y7); South Park (TV-MA); and Zoey 101 (TV-Y7).
The researchers also selected 10 other shows that were very likely to display risky behaviors, to compare them against kid-oriented shows. These included: 30 Rock (TV-14); Burn Notice (TV-PG); Californication (TV-MA); Desperate Housewives (TV-14); Entourage (TV-MA); Friday Night Lights (TV-PG); Mad Men (TV-14); The Hills (TV-PG); True Blood (TV-MA); and Weeds (TV-MA).
Violence was pervasive across all of the ratings categories, appearing in seven out of every 10 episodes evaluated, the researchers reported. The only show with no violence was Dirty Jobs.
Overall, alcohol use occurred in 58 percent of episodes, and smoking in 31 percent, the study found. While there was virtually no drinking or smoking in TV-Y7 shows, there was little difference in those behaviors between shows rated TV-PG, TV-14 or TV-MA, Gabrielli said.
"If you're a parent with a 13-year-old, you'll want to pay very close attention to the content of the show your kid is watching," she said. "It might be the show is teaching them appropriate behavior, and it might be the show is teaching them really inappropriate behavior."
Gabrielli said the monitoring board could improve the accuracy of its ratings by screening shows more closely and by expanding its definition of violence.
"They're really good at defining gory violence, but there might be other types of interpersonal violence that are still pretty significant but aren't weighing as much on the ratings systems," she explained.
Parents worried about their kids' media exposure also should consider other sources of information, including other parents, said Scott Campbell, an assistant professor of communication studies with the University of Michigan in Ann Arbor.
"For example, Common Sense Media offers a space where parents view and contribute ratings and comments about shows, much like product reviews on sites like Amazon," Campbell said. "These insights can be just as useful, if not more so, than television's self-regulatory system."
SOURCES: Joy Gabrielli, Ph.D., postdoctoral fellow, clinical child psychologist, Dartmouth College's Geisel School of Medicine, Hanover, N.H.; Missi Tessier, spokeswoman, the executive secretariat, TV Parental Guidelines Monitoring Board; Scott Campbell, Ph.D., assistant professor, communication studies, University of Michigan, Ann Arbor, Mich.; September 2016, Pediatrics
HealthDay
Copyright (c) 2016 HealthDay. All rights reserved.
News stories are provided by HealthDay and do not reflect the views of MedlinePlus, the National Library of Medicine, the National Institutes of Health, the U.S. Department of Health and Human Services, or federal policy.