MercatorNet: Go ahead, ban me, but I’ll never say a man is a woman!

MercatorNet: Go ahead, ban me, but I’ll never say a man is a woman!

Go ahead, ban me, but I’ll never say a man is a woman!

A UK parenting website has to give 'transphobists' a say. 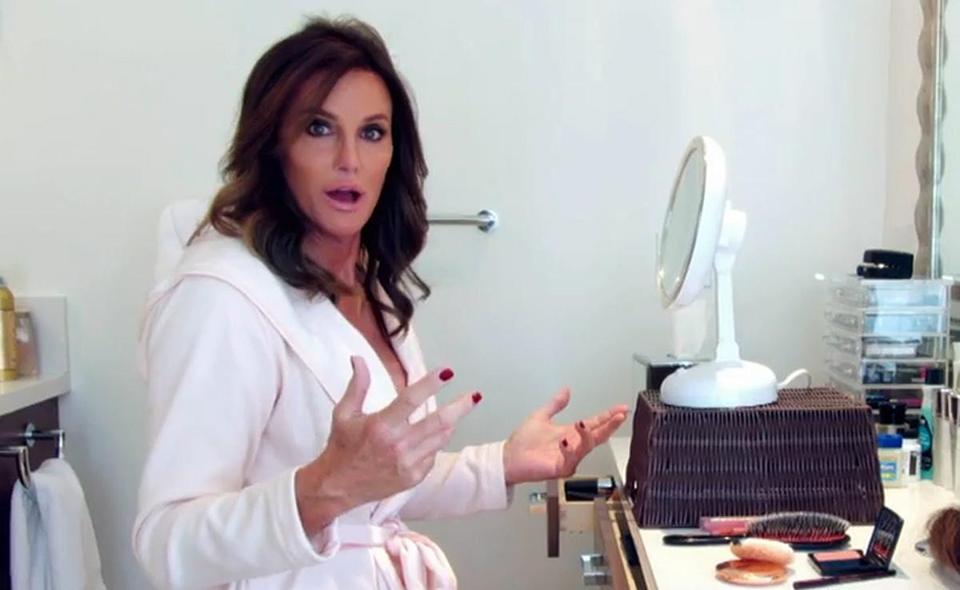 Caitlyn Jenner in the documentary series, “I Am Cait.” via Boston Globe
A rebellion against transgenderism has broken out on the hugely popular British parenting website Mumsnet after some users were banned for “misgendering” and “transphobia” in referring to certain persons, it seems. Starting Thursday evening UK time the “I am Spartacus” thread has attracted more than 400 posts, all but a handful rejecting the idea of a "transgender woman".
Ringleader “OscarDeLaYenta” asserts:
Men cannot become women, ever. Women cannot become men, ever.
Anna Lee is a man. And I shall refer to him as he.
Ada Wells is a man. And I shall refer to him as he.
Paris Lees is a man. And I shall refer to him as he.
Alex Drummond is a man. And I shall refer to him as he.
Danielle Muscato is a man. And I shall refer to him as he.
Buck Angel is a woman. And I shall refer to her as she.
(Links added - Ed)
But most contributors to the thread appear to be female. Indeed, the central issue is about recognising biological males as women; there is little about women who want to be men.
* Men can wear what they like and act how they like. Just don't ask me to pretend that I think they are female because they feel it because I don't.
* I refuse to agree that transwomen are women in exactly the same way that I refuse to agree that an anorexic person is obese.
* A person with a penis is not a woman. A penis is not female. And we should be allowed to say this.
* Nothing a man can do can make them a woman.Nothing a woman can do can make them a man. He is a pronoun used to describe male, she a pronoun used to describe female. All of these statements are not transphobic ideology, but fact.
As for pronouns, they are rejecting the term “cis” in droves.
The push-back against Mumsnet’s PC line is fascinating. The site is very influential, with literally millions of users, and it is also very feminist. Feminists have been fighting gender identity and roles for decades. Then along comes trans ideology wanting to make “gender identity” everything. Wanting men posing as females to be included in the women’s agenda. No way, say the feminist mums.
* As a woman with a daughter, I am horrified and terrified at the rapid demolition job being carried out on hard-won women's rights by mysogynistic men, who cannot be criticised because they have decided they are in fact women.
And am even more horrified that I'm apparently not allowed to discuss it.
* My 6 year old DD wears trousers and has short hair. She is not trans. She is not gender non-conforming or any of the other b…s… made up labels. She is female, a girl, and uniquely her.
* Gender is a b..s… social construct. I wear pretty dresses and make up, and I like pink. I also do DIY, out-earn my husband and work in a male dominated environment. I am a woman with my own personality, likes and dislikes who refuses to be bound be gender expectations.
These mothers see the trend to “transition” young children as a distinct threat.
* I don't agree in giving children hormones. Or chest binding.
* …when I read a comment today on one of my (formerly) favourite 'bad mommy' blogs that said...'my transgender daughter will be going to kindergarten soon'... I felt a sudden urge to make like Kirk Douglas and say stop the train, stop this s...t, don't let this be inevitable. It's not … inevitable. Intelligent men and women know that THIS IS B.. S...
And fathers:
I am Basil and I am full of sorrow for the young people who will be given hormones which change their voices, body hair levels and muscle mass and have their breasts, testicles, wombs and penises surgically removed when they are too young to understand the long term effects of what they are doing. And full of disgust with the adults who have made this possible by refusing to listen to the still, small voice of reason they surely must have somewhere inside them.
Women do not want biological males to invade their privacy:
* I have daughters and I will do everything I can to ensure that they do not inherit a society wherein men with penises who choose to call themselves women erode the right to safe, female-only spaces.
* It should be OK for people to live how they choose. But it should also be ok for me to say that there is a fundamental biological difference between us, to say that I am a woman and you are a man and because of those innate differences I don't want to share a hospital ward, or a prison cell, or a domestic violence refuge with you. When we segregate by sex it is your genitals which make the difference, not your identity.
If you feel unsafe in male spaces because you have chosen to have a feminised appearance then that is awful, and wrong, but you need to tackle this by tackling male violence and entitlement, not by displaying that same male violence and entitlement by imposing your male body on my safe space.
* Penises shouldn't be in women's prisons, women's shelters, rape crisis centres nor should they be forced onto lesbians.
What the whole thread amounts to – and what is explicitly stated by many -- is a declaration that biology matters. A lot. Gender is a suspect term that could undo what is generally regarded as decades of progress for women. Its believers have started mutilating children to serve its revolution. They are forcing girls and women to share facilities with men. This must be stoppped!
And it’s not religious conservatives complaining this time but readers of the Guardian and other educated Brits who, in this instance at least, are taking the body very, very seriously.
Carolyn Moynihan is deputy editor of MercatorNet.

One should not compare tragedies, but the one that comes from a clear blue sky, like the earthquake that struck the Italian town of Amatrice two days ago, has a special kind of poignancy. As Chiara Bertolglio writes from Italy, the once beautiful town was full of families, with children and elderly people – those most likely to spend their holidays on the Italian mountains rather than in exotic places. As well as tourists there were also visitors from other parts of Italy who had come for a famous spaghetti festival. Such a charming and homely prospect, but so fragile compared with the "brute force of nature," as Chiara puts it. We offer her reflections as small act of solidarity with the victims and their families.