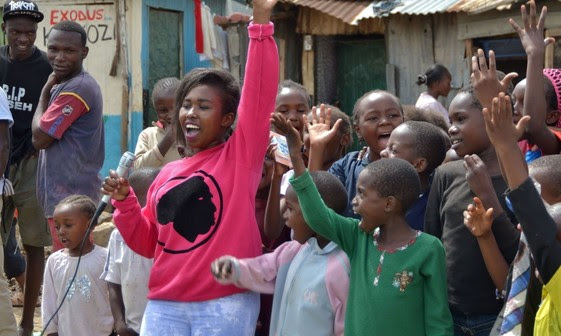 USAID empowers youth to be key partners in global health programming around the world.


Today, August 12, the U.S. Agency for International Development (USAID) celebrates International Youth Day. Youth are estimated to make up more than 30 percent of the population in many developing countries – a staggering collective force that can become meaningful partners in impactful change through international development. Young people hold the key to ensuring we meet the Sustainable Development Goals – 17 goals focused on ending all forms of poverty, achieving social justice for all and tackling climate change by 2030.

USAID strives to incorporate the Agency’s Youth in Development Policy [PDF, 1.4MB] across its global health programming. USAID subscribes to the “nothing about us without us” mantra –empowering youth to contribute to, and benefit from, their countries’ development efforts.

Additionally, pregnant girls and adolescents often experience higher rates of mistreatment or disrespect when seeking reproductive and maternal health services due to biases based on their age. In support of the U.N. Secretary General’s Global Strategy for Women’s, Children’s, and Adolescents’ Health, USAID works to provide respectful reproductive and maternal healthservices in countries around the world. Due to high adolescent pregnancy rates in many countries where USAID works, a significant portion of the population reached with these services are adolescents.

Adolescent girls and young women are also disproportionately affected by HIV and AIDS. They account for more than 70 percent of new HIV infections among adolescents in sub-Saharan Africa, with nearly 1,000 new HIV infections occurring every day. Social isolation, economic disadvantage, discriminatory cultural norms, orphanhood, gender-based violence and school drop-out all contribute to girls’ vulnerability to HIV. To help curb these alarming rates, USAID partners with youth in 10 sub-Saharan African countries through the U.S. President’s Emergency Plan for AIDS Relief’s Determined, Resilient, Empowered, AIDS-free, Mentored, and Safe (DREAMS) initiative. The DREAMS initiative goes beyond health to address the underlying factors that contribute to HIV and AIDS vulnerability – a key to reaching the Sustainable Development Goal of ending AIDS by 2030.

Youth are an integral part of USAID’s work to achieve an AIDS-free generation, end preventable child and maternal deaths and promote resilient, democratic societies. As we reflect today on the power youth hold to become engaged in their own health and prosperity, we recognize that empowering youth as key partners in global health programing is an essential element of USAID’s long-term development strategies.