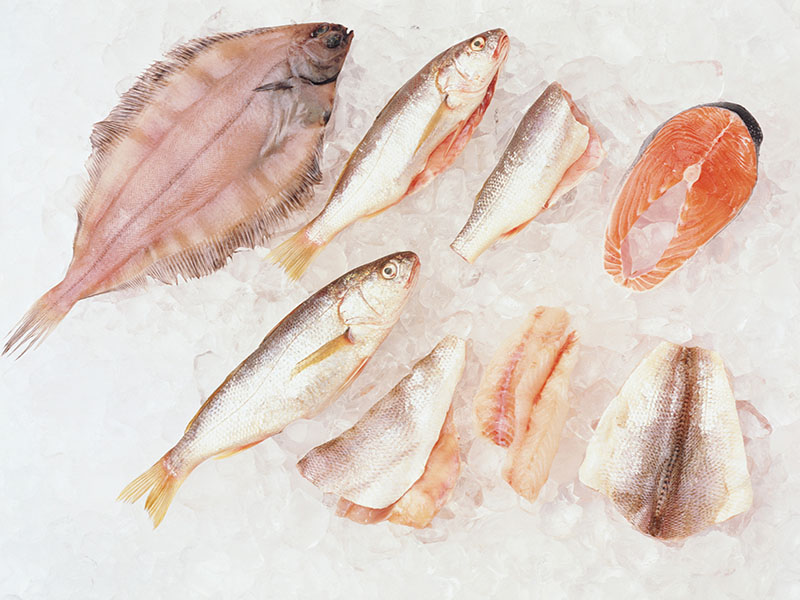 THURSDAY, Aug. 18, 2016 (HealthDay News) -- Two servings of fish a week may be enough to lower the heightened risk for blindness that those with diabetes face, a new Spanish study suggests.
Diabetic retinopathy is a serious complication of type 2 diabetes resulting from a drop-off in blood supply to the patient's retina. According to lead researcher Aleix Sala-Vila, it is the most frequent cause of diabetes-related blindness.
"We wanted to [see] whether regular consumption of seafood -- fatty fish in particular -- in the absence of any advice to increase seafood consumption or fish oil supplementation decreased the risk of diabetic retinopathy," explained Sala-Vila, a researcher at the Centro de Investigacion Biomedica en Red in Barcelona.
Sala-Vila's team focused on patients whose overall diet was already composed of mostly low-fat or plant-based foods. That said, the team found that those who consumed at least two servings of fatty fish weekly had a lower risk for diabetic retinopathy than those whose diets included less fish.
Study participants were drawn from an earlier trial that had divided Spanish residents with type 2 diabetes into three different groups, each assigned to a different diet.
The first followed a low-fat diet. The second followed a Mediterranean (plant-based/red meat-free) diet, supplemented with extra virgin olive oil. And the third also followed a Mediterranean diet, supplemented by 30 grams a day of omega-3 rich walnuts, hazelnuts, and almonds.
That study found it was those in the second group who saw their vision risks fall.
Working with the same pool of participants, Sala-Vila's team then asked about 3,600 diabetic men and women between the ages of 55 and 80 to report how often they consumed eight types of seafood before embarking on their assigned diets.
Once on their diets, Sala-Vila's team tracked seafood consumption habits for nearly five years.
The result: The team found that those who routinely consumed 500 milligrams (mg) a day of omega-3 fatty acid in their diets (equal to two servings of fatty fish per week) were 48 percent less likely to develop diabetic retinopathy than those who consumed less.
Why? Sala-Vila pointed to a drop in systemic inflammation that occurs as overall omega-3 levels go up.
Whether diabetics might realize even more protection by further increasing fatty fish consumption remains unclear, he said.
Sala-Vila also cautioned against interpreting the findings to mean that omega-3 supplements do the trick as well as eating fish did.
That point was seconded by Dr. Michael Larsen, a professor of clinical ophthalmology at the University of Copenhagen in Denmark, and author of an accompanying editorial.
"The study examined the effect of adding specific natural components to people's diet, not the effect of dietary supplements," Larsen noted. "[And] unsaturated fats tend to become rancid if you try to isolate them, so we cannot equate the use of supplements in capsules to authentic fish and nuts."
Lona Sandon, an assistant professor in the department of clinical nutrition with the school of health professions at UT Southwestern in Dallas, said, "Fish oil supplements appear to be safe," but there are no substitutes for omega-3 rich foods.
"Including omega-3 rich foods in your daily diet is the best place to start, as supplements rarely make up for a poor underlying diet," she said. "Also, the foods rich in omega-3s are also rich in other key nutrients that promote health such as vitamin E [walnuts] and protein [salmon, tuna]."
SOURCES: Aleix Sala-Vila, D.Pharm., Ph.D., researcher, Centro de Investigacion Biomedica en Red, Barcelona, Spain; Michael Larsen, M.D., D.M.Sc., professor, clinical ophthalmology, University of Copenhagen and department of ophthalmology, Rigshospitalet, Copenhagen; Lona Sandon, Ph.D., RDN, LD, program director and assistant professor, department of clinical nutrition, school of health professions, UT Southwestern, Dallas; Aug. 18, 2016, JAMA Ophthalmology, online
HealthDay
Copyright (c) 2016 HealthDay. All rights reserved.
News stories are provided by HealthDay and do not reflect the views of MedlinePlus, the National Library of Medicine, the National Institutes of Health, the U.S. Department of Health and Human Services, or federal policy.