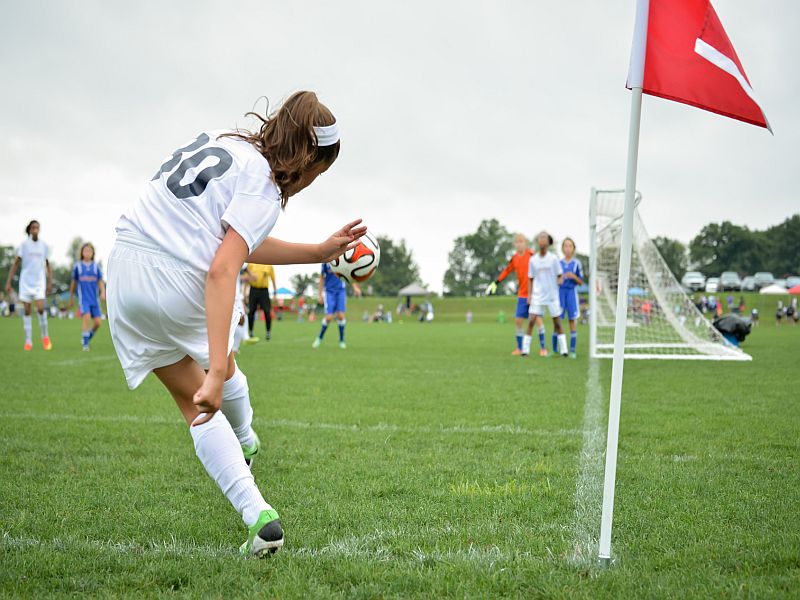 THURSDAY, July 7, 2016 (HealthDay News) -- Female athletes younger than 25 have the highest risk for a repeat tear of the knee's anterior cruciate ligament (ACL) after surgery to repair it, a new study says.
The study included just over 500 male and female athletes who underwent ACL reconstruction with a hamstring graft and were followed for two years. Their average age was 27. They were allowed to return to sports six to 12 months after surgery if they were pain-free, had equal quadriceps/hamstring strength, and had finished a rehabilitation program.
"Our research noted that female patients under the age of 25 with a [smaller] graft size of less than 8 millimeters have an increased chance of re-tearing their ACL following reconstruction," study lead author Dr. Duong Nguyen said in an American Orthopaedic Society of Sports Medicine news release. He is an orthopedic surgeon and adjunct clinical professor at McMaster University in Toronto.
Nguyen said factors such as estrogen levels, anatomical differences and decreased knee strength might also contribute to repeat tears in some female patients. More research will be needed to determine the exact causes, he added.
"Given the results of our study, we feel that surgeons should counsel their younger, female patients accordingly and consider modifying their surgical techniques to utilize larger size grafts and/or rehabilitation strategies to lessen the chance of a re-tear," Nguyen said.
The study is scheduled for presentation July 7 at the society's annual meeting in Colorado Springs, Colo. Research presented at medical meetings is typically considered preliminary because it's not subject to the same scrutiny as studies in peer-reviewed medical journals.
SOURCE: American Orthopaedic Society of Sports Medicine, news release, July 7, 2016
HealthDay
Copyright (c) 2016 HealthDay. All rights reserved.
News stories are provided by HealthDay and do not reflect the views of MedlinePlus, the National Library of Medicine, the National Institutes of Health, the U.S. Department of Health and Human Services, or federal policy.