African Americans and Tobacco Use

By Leandris C. Liburd, PhD, MPH, MA
My cousin has a dear friend named Paul who is African American and a smoker. The few times I’ve been in Paul’s company, he could barely go two hours without lighting up a cigarette. I remember once while we were waiting to be seated at a restaurant, he stayed outside and smoked until our table was ready. Earlier this year, Paul was hospitalized with COPD. Maybe it was the time in the hospital when he couldn’t smoke or the wake-up call he received when he was told all of the damage smoking had done to his body that helped Paul stop smoking – cold turkey! Whatever his defining moment, Paul celebrates being smoke-free today and has no desire to go back. 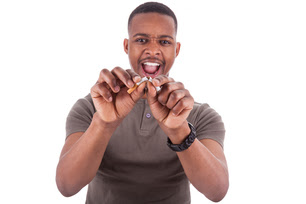 Tobacco use has long been identified as the leading cause of preventable illness and premature death in the United States. Cigarette smoking is associated with stroke and coronary heart disease, it damages blood vessels and makes your heart beat faster, and can cause blockages that reduce blood flow to your legs and skin. We can add lung diseases, asthma, and different cancers (e.g., bladder cancer, colorectal cancer, stomach cancer, and other organs in the body). This is a short list of the perils associated with tobacco use and smoking. There are comparable lists of why tobacco use persists in this country, and why certain population groups bear a greater burden of smoking and its negative health effects than others. How we are addressing the problem, though, is always what I’m most interested in. 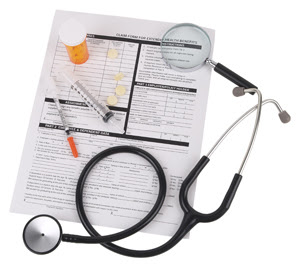 In April 2016, CDC sponsored a special issue  to the journal of Nicotine & Tobacco Research titled Critical Examination of Factors Related to the Smoking Trajectory among African American Youth and Young Adults that focuses on disparities in tobacco use and tobacco-related health outcomes between African Americans and whites. “This is an important supplement in that it points to the fact that African Americans suffer and die more from smoking-related diseases than other racial groups even though they start smoking later in life and smoke fewer cigarettes per day,” said Dr. Bridgette Garrett, Associate Director for Health Equity in CDC’s Office on Smoking and Health and co-editor of the journal.
Important topics covered in the supplement include:
What we can do:
Food for Thought
As a community of former smokers, health advocates, policymakers, and public health researchers and practitioners, what actions can we take to change social norms related to tobacco initiation, use, and secondhand smoke exposure? How are you reducing tobacco use disparities in your community?
Content provided by CDC's Office of Minority Health and Health Equity (OMHHE)
OMHHE@cdc.gov
Publicado por salud equitativa en 6:13