Kids given more food diversity might be heavier, researchers find 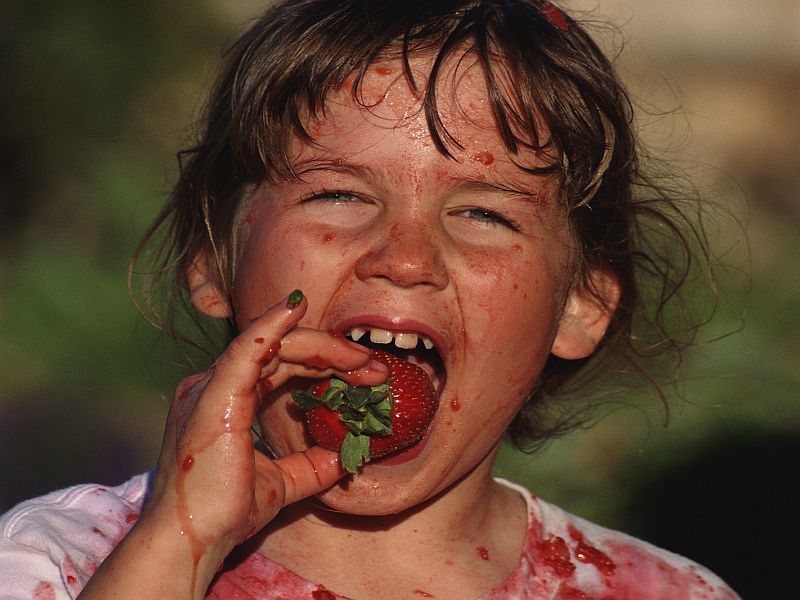 THURSDAY, Feb. 11, 2016 (HealthDay News) -- Eating a greater variety of healthy foods may reduce the odds of being overweight in adults. But, a surprising new study suggests that a greater diversity of foods might not have the same effect in very young, poorer children, and may even increase their risk of becoming overweight.
"We found that among low-income, preschool-age children in the U.S., dietary variety and diversity were not associated with [overall] body mass index," said study author Dr. Julie Lumeng. She is an associate professor of pediatrics at the University of Michigan Medical School and School of Public Health in Ann Arbor.
However, from year-to-year, the researchers found that greater overall food variety, healthy food variety and dietary diversity were linked to greater annual increases in body mass index (BMI) in the youngsters studied.
BMI is a rough estimate of a person's body fat based on weight and height measurements. In children, age and gender also play a role in BMI calculations. In general, the higher the BMI, the more fat someone has, according to the U.S. Centers for Disease Control and Prevention.
The researchers said the annual changes in BMI in the children studied were small, but were "notable" because they were unexpected. Lumeng and her team had thought that a greater variety of foods, particularly healthy foods, would lead to improvements in BMI scores.
Because the findings were so counterintuitive, the researchers said it's too soon to make any dietary guideline changes based on the results. And the study was only designed to show an association between food variety and BMI, not cause-and-effect.
Lumeng and her colleagues decided to look at the effect of dietary diversity in young children because of the prevalence of obesity in children and a lack of research on the topic. Nearly 23 percent of U.S. preschoolers are overweight or obese, and that figure rises to 30 percent in low-income families, the study authors said.
The researchers evaluated 340 preschoolers, who were all 4 years old when the study began. They were also enrolled in Head Start, a federally funded program for low-income children.
The researchers weighed children and their primary caregivers. They also asked the caregivers to complete a dietary survey to get an idea of the variety and diversity of the youngsters' diets. Variety is defined as the number of foods eaten from a predetermined list over a given time period. Diversity includes not only variety but their relative distribution in the diet, and how well people stick with recommended dietary patterns, the researchers said.
The study authors were able to get follow-up information on 264 children from the original group two years later.
The study is published in the March issue of the journal Pediatrics.
Dr. Susan Baker, professor of pediatrics at the University at Buffalo, reviewed the findings and wrote an editorial to accompany the study. She was also surprised by the study's outcome.
Although she can't explain why greater variety and diversity in the youngsters' diets didn't lead to improved BMIs, Baker did note that the study has some limitations, as many studies do.
"The major limitation was the use of self-reported food intake data," she said. Experts know that overweight people under-report what they've eaten and underweight over-report, she said.
Until more research is in, Lumeng said, "It's still important to focus on ensuring that your child has a diverse range of foods in their diet. However, if you are concerned as a parent about obesity or preventing obesity, increasing dietary variety and diversity may not be the most important thing to be doing."
More important, in Lumeng's view, is to think about limiting portion sizes, reducing time spent in front of the television and other screens, and avoiding sugar-sweetened beverages.
The research may actually be good news for fretful parents of picky eaters, she said. While she's not encouraging picky eating, of course, Lumeng said parents often worry about it. "When you look at the literature, kids who eat a smaller variety [of foods] tend to be thinner, picky eaters," she said.
SOURCES: Julie Lumeng, M.D., associate professor, pediatrics, University of Michigan Medical School and School of Public Health, Ann Arbor; Susan Baker, M.D., Ph.D., professor, pediatrics, University at Buffalo, Buffalo, N.Y.; March 2016, Pediatrics
HealthDay
Copyright (c) 2016 HealthDay. All rights reserved.