Spiders' Size Exagerrated in Minds of Those Who Fear Them: MedlinePlus

Spiders' Size Exagerrated in Minds of Those Who Fear Them: MedlinePlus

Spiders' Size Exagerrated in Minds of Those Who Fear Them 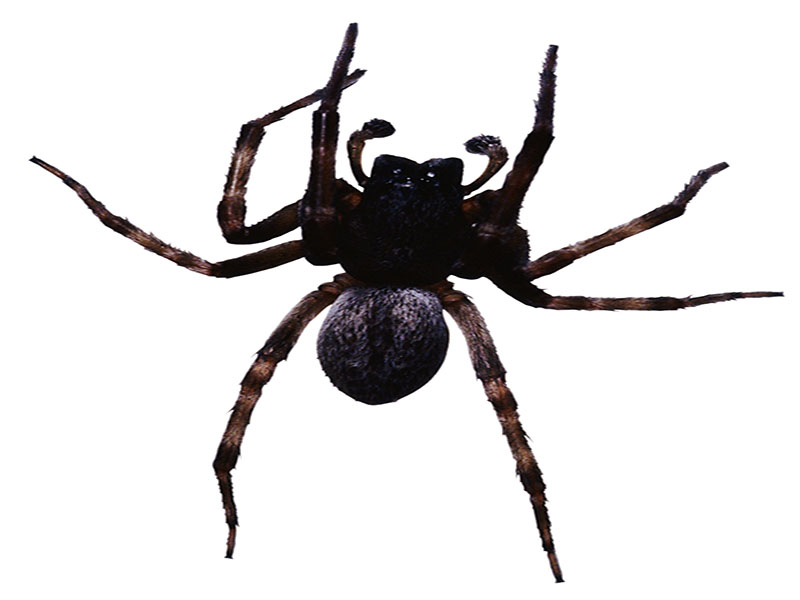 THURSDAY, Feb. 18, 2016 (HealthDay News) -- If you're frightened of spiders, in your mind's eye they may seem much bigger than they really are, a new Israeli study finds.
The research included female university students. They were divided into two groups, depending on whether they were afraid or unafraid of spiders.
Each of the women was then shown pictures of spiders, birds and butterflies.
Unsurprisingly, both groups said the spider pictures were more unpleasant than the other pictures. However, only those with a heightened fear of spiders overestimated the size of the spiders compared to the butterflies.
The participants' estimation of spider size was affected by both how unpleasant they found the spider pictures and how much they were afraid of spiders, according to the study published in the journalBiological Psychology.
"We found that although individuals with both high and low arachnophobia [fear of spiders] rated spiders as highly unpleasant, only the highly fearful participants overestimated the spider size," said lead researcher Tali Leibovich. She is a Ph.D. neurology researcher at Ben-Gurion University of the Negev.
The findings show "how perception of even a basic feature such as size is influenced by emotion, and demonstrates how each of us experiences the world in a unique and different way," Leibovich said in a university news release
The research "also raises more questions such as: Is it fear that triggers size disturbance, or maybe the size disturbance is what causes fear in the first place? Future studies that attempt to answer such questions can be used as a basis for developing treatments for different phobias," she said.
SOURCE: Ben-Gurion University of the Negev, news release, Feb. 16, 2016
HealthDay
Copyright (c) 2016 HealthDay. All rights reserved.