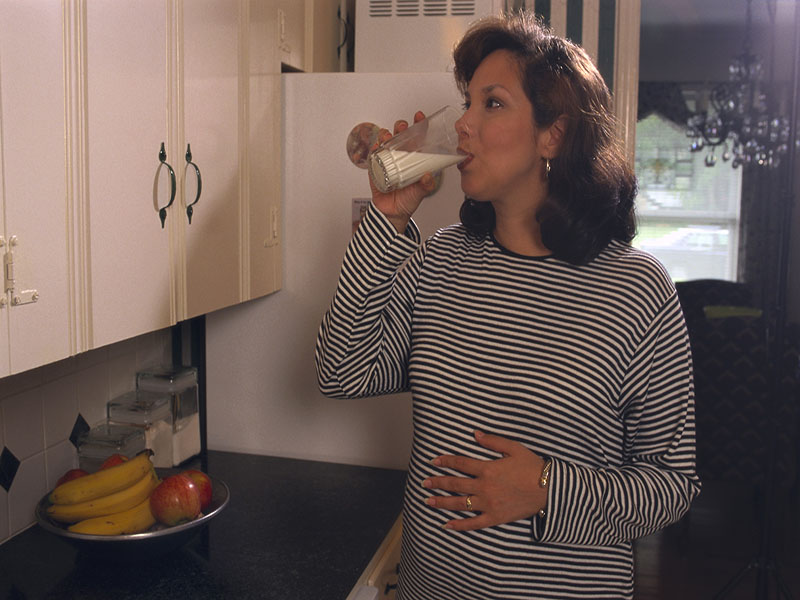 WEDNESDAY, Feb. 17, 2016 (HealthDay News) -- Children born to women who eat vitamin D-rich foods during pregnancy have a lower risk of hay fever, but vitamin D supplements do not have the same effect, a new study suggests.
The new study included more than 1,200 mothers and their children. The children were followed until they were about 7 years old.
A diet with higher levels of vitamin D -- equivalent to the amount in an 8-ounce serving of milk each day -- during pregnancy was associated with a 20 percent lower risk of hay fever in school-age children.
Taking vitamin D supplements did not reduce the risk, according to the study published Feb. 11 in theJournal of Allergy and Clinical Immunology.
"Expectant mothers have questions about what they should eat during pregnancy, and our study shows that it's important to consider the source of nutrients in a mother's diet," study leader Dr. Supinda Bunyavanich said in a Mount Sinai Health System news release. Bunyavanich is an assistant professor of pediatrics, genetics and genomic sciences at The Mindich Child Health and Development Institute of the Icahn School of Medicine at Mount Sinai in New York City.
Fish, eggs, dairy products, mushrooms and cereals contain vitamin D, which is believed to benefit the immune system. Researchers are interested in its potential role in asthma and allergy.
"This study may influence nutritional counseling and recommendations to expectant moms to include vitamin D-rich foods in their diets," Bunyavanich said.
However, although the study found an association between the amount of vitamin D in women's diets during pregnancy and hay fever risk in their children, it did not prove a cause-and-effect relationship.
SOURCE: Mount Sinai Health System, news release, Feb. 11, 2016
HealthDay
Copyright (c) 2016 HealthDay. All rights reserved.