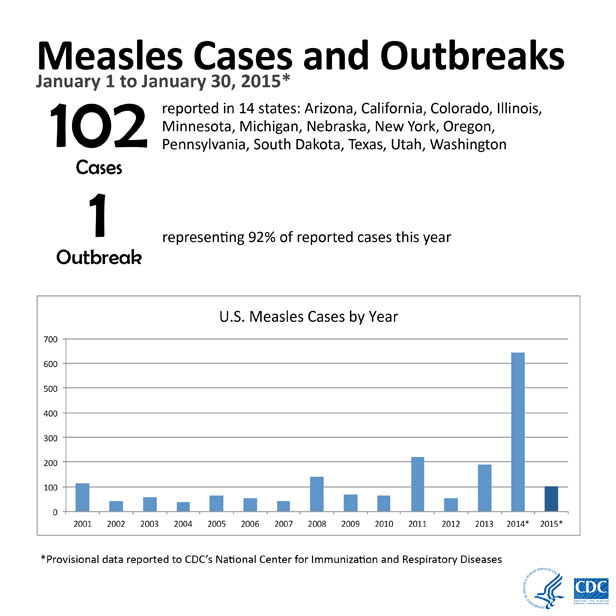 This year the United States is experiencing a record number of measles cases. From January 1 to June 20, 2014, there have been 514 confirmed measles cases reported to CDC's National Center for Immunization and Respiratory Diseases (NCIRD). This is the highest number of cases sincemeasles elimination was documented in the U.S. in 2000.
Top of Page