Accord Aims to Create Trove of Genetic Data - NYTimes.com

Accord Aims to Create Trove of Genetic Data - NYTimes.com

Accord Aims to Create Trove of Genetic Data 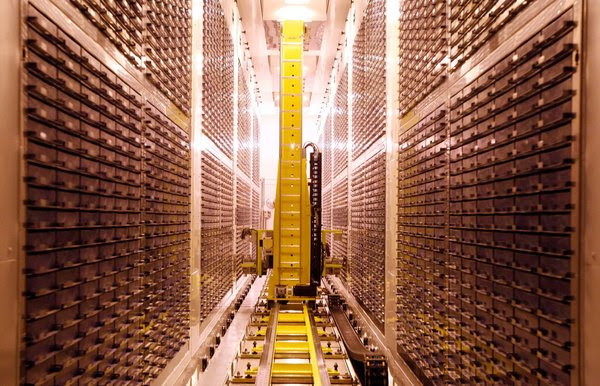 Phil Noble/Reuters
A storage robot deposits samples in the world's largest blood and urine freezer at Biobank in Manchester, England.

More than 70 medical, research and advocacy organizations active in 41 countries and including the National Institutes of Health announced Wednesday that they had agreed to create an organized way to share genetic and clinical information. Their aim is to put the vast and growing trove of data on genetic variations and health into databases — with the consent of the study subjects — that would be open to researchers and doctors all over the world, not just to those who created them.
Enlarge This Image 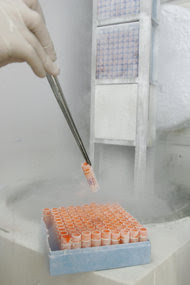 Scientists seek an organized way to share a soaring amount of genetic information.
Millions more people are expected to get their genes decoded in coming years, and the fear is that this avalanche of genetic and clinical data about people and how they respond to treatments will be hopelessly fragmented and impede the advance of medical science. This ambitious effort hopes to standardize the data and make them widely availabl e.
“We are strong supporters of this global alliance,” said Dr. Francis Collins, director of the National Institutes of Health. “There is lots of momentum now, and we really do want to move quickly.”
In just the past few years, the price of determining the sequence of genetic letters that make up human DNA has dropped a millionfold, said Dr. David Altshuler, deputy director and chief academic officer at the Broad Institute of Harvard and M.I.T. As a result, instead of having access to just a few human genomes — the complete genetic material of a person, including genes and regions that control genes — researchers can now study tens of thousands of them, along with clinical data on peoples’ health and how they fared on various treatments.
In the next few years, Dr. Altshuler said, researchers expect that millions of people will have their genomes sequenced.
“The question is whether and how we make it possible to learn from these data as they grow, in a manner that respects the autonomy and privacy choices of each participant,” he said. No one wants to put DNA sequences and clinical data on the Internet without the permission of patients, he said, so it also is important to allow people to decide if they want their data — with no names or obvious identifiers attached — to be available to researchers.
But there are no agreed-upon standards for representing genetic data or sharing them, experts say. And there are no common procedures for assuring that patients consent to sharing their information.
“Each institution has its own approach,” Dr. Altshuler said.
In cancer research, for example, medical centers test cancer cells to find gene mutations. The goal of these tests is to help diagnose and identify treatments that might help individual patients. But there are no common methods for doing these tests or analyzing the data, and each research group keeps its data to itself, said Dr. Charles L. Sawyers, chairman of the human oncology and pathogenesis program at Memorial Sloan-Kettering Cancer Center.
As a result, the centers often have too little experience with a particular mutation to know what it really means. A person might be told at one cancer center that a new treatment would help and at another that it would not.
“That’s scary,” said Dr. Sawyers, who is also president of the American Association for Cancer Research, a nonprofit group.
Medical researchers say the best way forward is to have shared databases. Do patients with a particular genetic aberration tend to do well with a particular therapy? Do patients with another mutation have greater odds of developing cancer?
Dr. Collins said that cancers are so genetically complex that, most of the time, a mutation seen in a cancer patient will be uncommon. To figure out its significance, data from hundreds of thousands of patients — the world’s collected data — on that mutation are needed.
“You need very large numbers of patients,” Dr. Collins said.
Pooled data are also needed to understand mutations that lead to rare diseases in children, Dr. Altshuler said. A disease might occur in one in 1,000 or one in 100,000 babies, he said. A medical center might never see a child with that disease, or might see just one. “Since everyone sees zero or one, no one ever learns,” Dr. Altshuler said.
Brad Margus, an advocate for children with rare diseases, enthusiastically supports the idea of data sharing. As the father of two sons with a rare disease, ataxia telangiectasia, and founder and volunteer president of the A-T Children’s Project, he says he learned how progress is made.
“There is this perception that the key to the next breakthrough is from someone finding a gene that is sitting somewhere and someone having a eureka moment,” Mr. Margus said. “What I learned is that it does not usually happen that way.” Often what is needed are huge data sets, he added, “so people can be proactive when they have an idea.”
Pooled data are also needed to understand the genesis of big killers like heart disease, researchers said.
Recently, for example, Dr. Sekar Kathiresan, director of preventive cardiology at Massachusetts General Hospital and a geneticist at the Broad Institute, sought to find out whether high density lipoprotein, or HDL, the so-called good cholesterol, actually protects people against heart disease. Do people who happen to have genetic changes that result in lifelong high levels of HDL have a lower risk, he asked?
They do not, he concluded, but his study required genetic data from more than 100,000 people collected in 20 studies by researchers from around the world. It took three years to gather the data, put them in a form that allowed investigators to analyze them and to do the analysis.
“We need standard formats so we don’t have to spend two years figuring out how to merge data together,” Dr. Collins said.
Over the past couple of years, genetics researchers puzzled over the data-sharing problem, seeing it as central to making progress. On Jan. 28, 50 leading researchers from eight countries met and agreed on the need for a global alliance. The group, which included ethicists and disease advocates, stressed that because individual study subjects had to be able to decide whether to share their genetic and clinical information, the system for data sharing had to include ways to track and manage these permissions.
The group wrote a white paper and a letter of intent that has now been endorsed by an ever-growing international group. “For us, this is a gratifying development,” Dr. Collins said.
Publicado por salud equitativa en 5:22