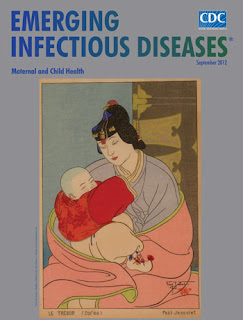 We used the Arizona and California State Inpatient Databases (SID) from the US Agency for Healthcare Research and Quality (AHRQ) to describe clinical and demographic characteristics of persons hospitalized for disseminated coccidioidomycosis who did not have known primary immune conditions, HIV infection, or AIDS. The SID contains state-level data, including information from 90% of community hospital in-patient stays, and is maintained as part of the Healthcare Utilization Project at AHRQ. We extracted records from the available annual datasets for Arizona (2000–2009) and California (2003–2008) that listed any diagnosis of disseminated coccidioidomycosis (code 114.3 from the International Classification of Diseases, 9th Revision, Clinical Modification [ICD-9-CM]). We excluded records that listed any diagnosis of HIV infection or AIDS (ICD-9-CM code 042) or primary immune deficiency (ICD-9-CM code 279.xx). This study was not considered human subject research by the National Institutes of Health Office of Human Subjects Protection.
We calculated the average annual incidence of hospitalizations as the average annual number of disseminated coccidioidomycosis hospitalizations divided by the midyear population, as determined by US Census estimates (9). By using the revisit files available from AHRQ, we assessed differences in readmissions by race by comparing the proportion of persons with only 1 disseminated coccidioidomycosis infection among race groups. We also calculated all-cause hospitalization rates for blacks and whites in our dataset by using total hospitalizations from HCUPnet (http://hcupnet.ahrq.gov

). In years for which patient state of residency was available, we assessed the potential bias from hospitalizations of persons with out-of-state residency by determining the percentage of total admissions from out-of-state patients. We used the Mann-Whitney test for nonparametric comparisons; the significance level used for all statistical tests was α = 0.05. All analyses were completed in SAS version 9.2 software (SAS Institute, Cary, NC, USA).
Publicado por salud equitativa en 4:43