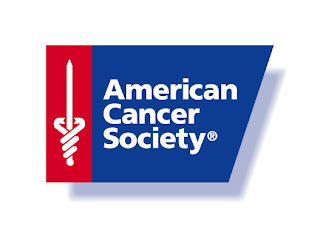 Article date: April 20, 2012
by Stacy Simon
Researchers at the Dana-Farber Cancer Institute in Boston have found that adding the drug Avastin (bevacizumab) to the standard chemotherapy treatment for non-small cell lung cancer likely does not help patients 65 years old or older live longer. Most lung cancer patients – about two-thirds – are diagnosed when they are 65 or older. The study containing the new findings was published in the April 18, 2012 issue of the Journal of the American Medical Association (JAMA).
The finding suggests older patients need to think carefully about their treatment options to make a decision that’s right for them, the researchers said. Although many patients tolerate Avastin well, the drug can have some serious side effects.
The Food and Drug Administration (FDA) approved Avastin to treat advanced non-small cell lung cancer in 2006, based on an earlier study. That study, a large clinical trial, showed a small, but statistically significant increase in survival when Avastin was taken along with the standard chemotherapy drugs carboplatin and paclitaxel. However, the authors write that most patients in that study were under age 65 – and those who were 65 and older did not live longer with Avastin.
The current study looked at the records of 4,168 Medicare patients aged 65 and older with advanced non-small cell lung cancer. Two groups of patients receiving the standard 2-chemotherapy-drug treatment were compared to a group who received the standard treatment plus Avastin. On average, patients getting all 3 drugs lived 9.7 months after starting treatment, compared with 8.9 months and 8 months for patients getting only the 2 chemotherapy drugs. One-year survival rates were 39.6% for patients getting Avastin, compared with 40.1% and 35.6% for patients getting only the chemotherapy drugs. When the researchers adjusted for lifestyle and health factors that could have influenced the results, they found no significant differences in survival between the Avastin and chemotherapy-only groups. The study did not compare side effects from treatment.
The researchers concluded that Avastin should not be automatically prescribed with chemotherapy for older patients with non-small cell lung cancer.
Study researcher Deborah Schrag, MD, MPH, said treatment recommendations should be based on the specific needs of each patient. She said, “We need to discuss the risks and benefits as they apply to their individual circumstances with their provider very carefully; they need to make individual decisions based on their own personal profile.”
Reviewed by: Members of the ACS Medical Content Staff