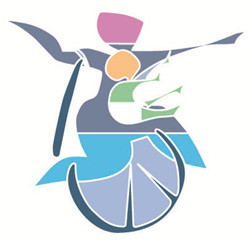 On June 28th, new mandatory safety standards [Only New, Safer Cribs will be Available for Consumer Purchase on June 28, 2011: "- Enviado mediante la barra Google"] for infant cribs will take effect, helping to ensure a safe sleep environment for infants in the United States. The new standards released by the Consumer Product Safety Commission (CPSC) require manufacturers and retailers to meet new safer crib standards, which include stopping the manufacture and sale of dangerous, traditional, drop side cribs. According to the CPSC, the new standards will ensure that mattress supports are made stronger, that crib hardware is more durable, and that crib safety testing is more rigorous.

Gaps may form between the crib mattress and the drop side rails, due to errors in assembly or installation or to wear or malfunction from use. Infants can become trapped in the gap and suffocate as a result. According to the CPSC, detaching drop side rails were associated with at least 32 infant deaths since 2000.

The new standards are an important step in ensuring a safe environment for infants as they sleep. Parents and caregivers also can take several other steps to ensure a safe sleep environment for their infants. The American Academy of Pediatrics (AAP) recommends that infants not share a bed with adults or other children and should sleep in a separate but nearby place, such as a crib that meets safety standards, to reduce the risk of Sudden Infant Death Syndrome (SIDS). The risk of SIDS has been shown to be reduced when the infant sleeps in the same room as the mother. The AAP recommends that the infant’s crib or bassinet be placed in the parents’ bedroom. Infants should never sleep on a couch or armchair.

Other important steps to ensure a safe sleep environment and to reduce the risk of SIDS are to:

* Always place an infant on his or her back to sleep, for naps and at night. Infants who sleep on their backs have a lower risk of SIDS than do infants placed on their stomachs or sides. Infants who usually sleep on their backs face an even greater risk of SIDS if placed on their stomachs.
* Place infants for sleep on a firm sleep surface, such as a safety approved crib mattress with a fitted sheet. Infants should never be placed on a soft surface, such as a pillow, quilt, or sheepskin.
* Keep pillows, cushioned crib bumpers, toys, loose bedding, and other soft objects out of an infant’s sleep area. All items should be kept away from an infant’s face.

Dr. Maddox is the deputy director of the Eunice Kennedy Shriver National Institute of Child Health and Human Development.

About the Eunice Kennedy Shriver National Institute of Child Health and Human Development (NICHD): The NICHD sponsors research on development, before and after birth; maternal, child, and family health; reproductive biology and population issues; and medical rehabilitation. For more information, visit the Institute’s Web site at http://www.nichd.nih.gov/.

About the National Institutes of Health (NIH): NIH, the nation's medical research agency, includes 27 Institutes and Centers and is a component of the U.S. Department of Health and Human Services. NIH is the primary federal agency conducting and supporting basic, clinical, and translational medical research, and is investigating the causes, treatments, and cures for both common and rare diseases. For more information about NIH and its programs, visit www.nih.gov.