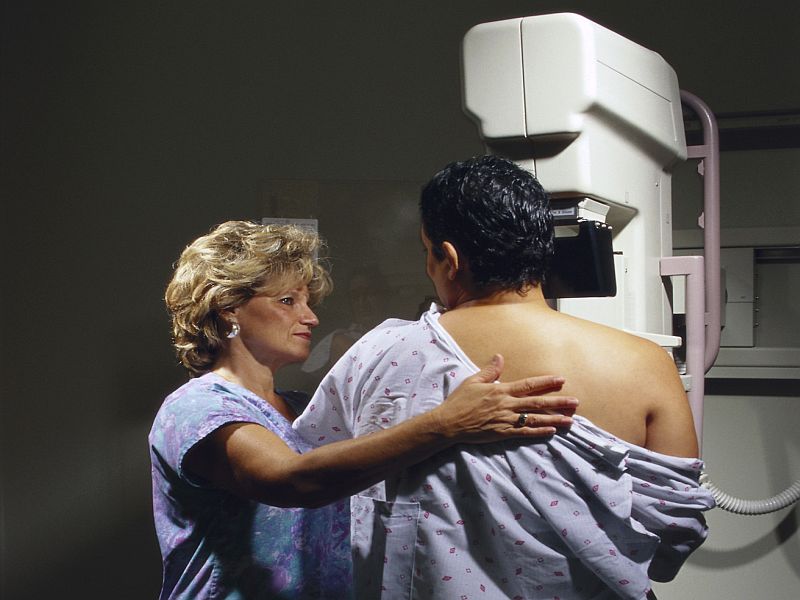 THURSDAY, Feb. 11, 2016 (HealthDay News) -- Women who have an overactive thyroid gland might be at greater risk for breast cancer, a new study suggests.
A team of Danish researchers found that women with the condition -- called hyperthyroidism -- appeared to face an 11 percent increase in their risk for breast cancer, compared to women with a normal-functioning thyroid gland.
On the other hand, women with the opposite problem -- a condition called hypothyroidism, where abnormally low levels of thyroid hormones are produced -- saw their risk for breast cancer dip 6 percent below that of women with normal thyroids.
But at least one breast cancer expert not involved with the study said she was reluctant to read too much into the study findings.
The findings stem from a 36-year review that identified nearly 80,000 Danish women with an overactive thyroid and more than 61,000 women with an underactive thyroid. All of the women were cancer-free when they entered the study, which ran from 1978 to 2013.
Breast cancer incidence was then tracked for roughly every five to seven years.
Study lead author Dr. Jens Otto Lunde Jorgensen said that while the review followed patients far longer than previous efforts, the new findings aren't all that surprising. In fact, he noted that "a similar association between overactive thyroid disease and [the] risk of breast cancer in women has been reported in three out of four previous studies."
At the same time, he stressed that while an overactive thyroid was found to be associated with breast cancer risk, one does not necessarily cause the other, adding that "the possible explanations for this 'association' are many."
"Women with thyroid disease are more likely to see their doctor and to undergo examinations including mammography," Jorgensen said. "Women with overactive thyroid disease also are predisposed to other diseases such as breast cancer, but it is not the overactive thyroid by itself. Thyroid hormones may contribute to development of breast cancer. [And] treatment of overactive thyroid disease increases the risk of breast cancer. These are all possibilities, but the bottom line is that we do not know for sure."
Jorgensen, a clinical professor in the department of endocrinology and internal medicine at Aarhus University Hospital in Denmark, and his colleagues report the findings in the Feb. 11 issue of theEuropean Journal of Endocrinology.
The researchers pointed out that the thyroid gland is central to metabolic control. Women are much more likely than men to have an overactive thyroid, a diagnosis faced by approximately 51 out of every 100,000 people every year, researchers said.
Jorgensen added that while thyroid cancer screening is an increasingly common practice, the new finding "does not justify increased screening for overactive thyroid disease."
According to the U.S. National Library of Medicine, the thyroid is a key hormonal gland that plays a major role in the metabolism, growth and maturation of the human body. It helps to regulate a variety of functions by constantly releasing a steady stream of hormones into the bloodstream.
Dr. Courtney Vito, a breast surgeon and an assistant clinical professor of surgical oncology at the City of Hope Comprehensive Cancer Center in Duarte, Calif., said it would be a mistake to make too much out of the study findings.
"First of all, this is a very homogenous group of women," she said of the Danish participants. "There would never be a study group like that in the U.S., where there is a lot of ethnic variation and we are a much more heterogeneous population. So, these findings might not be generalizable across other populations."
"There were also plenty of flaws in the study design," Vito added. For example, she noted that "high thyroid levels were only shown to have estrogen-like properties in a test tube, not in actual people. And they [the researchers] didn't take into account family breast cancer histories, and didn't comment on how bad anyone's thyroid disease actually was.
"So, I would say that we do know that the endocrine system is much more complex than our current understanding, and that breast cancer is clearly a hormonally driven disease that we clearly need much more [research] to better understand," she said.
"And this is a study that would make you scratch your head and think this is interesting, and probably worth a second look. But there is certainly nothing conclusive here at all."
SOURCES: Jens Otto Lunde Jorgensen, M.D., clinical professor, department of endocrinology and internal medicine, Aarhus University Hospital, Aarhus, Denmark; Courtney Vito, M.D., breast surgeon and assistant clinical professor, surgical oncology, City of Hope Comprehensive Cancer Center, Duarte, Calif.; Feb. 11, 2016, European Journal of Endocrinology
HealthDay
Copyright (c) 2016 HealthDay. All rights reserved.