Losing weight can bring it back in line, expert says 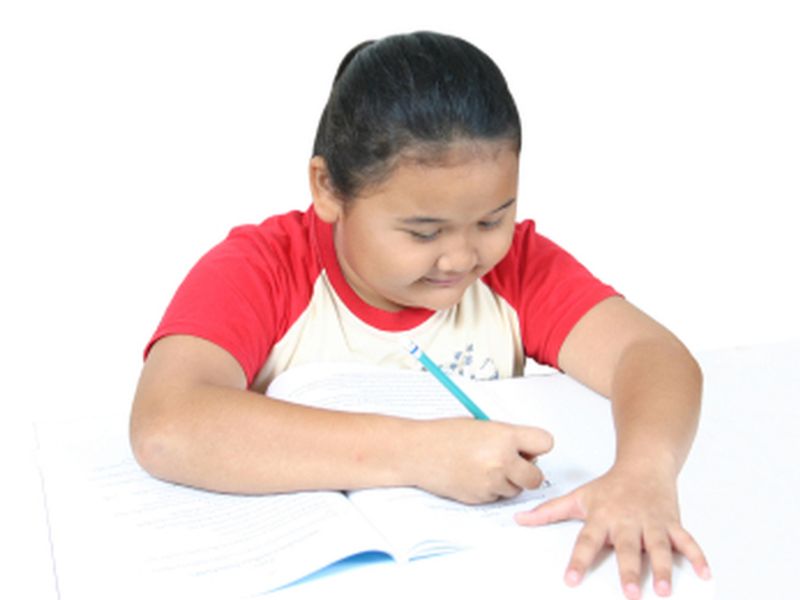 FRIDAY, Feb. 19, 2016 (HealthDay News) -- Children and teens who become or stay obese may quickly face up to three times the risk of developing high blood pressure compared to their slimmer peers, a new study says.
These findings are of particular concern because the high blood pressure in kids who went from overweight to obese, or those who stayed obese, developed in a short time -- the study only lasted three years.
"These findings underscore the importance of developing and implementing early and effective clinical and public health strategies for obesity prevention," said lead researcher Emily Parker. She is a research investigator at the HealthPartners Institute for Education and Research in Bloomington, Minn.
For the study, Parker and her colleagues collected data on more than 100,000 children and teens listed in the records of three major health systems in California, Colorado and Minnesota between 2007 and 2011. The children ranged in age from 3 and 17 years old.
During the three-year study, 0.3 percent of the children and teens developed high blood pressure.
"Having high blood pressure in children and adolescents is pretty rare, and we still need to know more about whether or not high blood pressure leads to greater risk of cardiovascular events later in life for these kids," Parker said.
The researchers found that kids between 3 and 11 years old who went from overweight to obese had more than twice the odds of developing high blood pressure during the short study period. For older kids -- those from 12 to 17 -- the odds of high blood pressure were more than tripled, the research revealed.
When the researchers looked at the difference between children who were obese and severely obese throughout the study period, they found that the risk of high blood pressure was doubled for those who were obese. But for those who were severely obese, the risk more than quadrupled.
Children who were severely obese fell into the 99th percentile for higher body mass index (BMI, a ratio of weight to height) for their age and gender. Obese kids were those whose BMI fell in the 95th to 98th percentile for their age and gender, the study said.
The report was published online Feb. 19 in the journal Pediatrics.
Dr. William Muinos, a pediatric gastroenterologist and director of the weight management program at Nicklaus Children's Hospital in Miami, said he sees these findings in his own clinic. "We see this in children as young as 8," he said.
High blood pressure in children can damage their kidney function, and increase the risk of type 2 diabetes, high cholesterol and triglycerides, and fatty liver disease, which can damage the liver, he said.
"The beauty of high blood pressure in children is that it goes down as soon as they start losing weight," Muinos said. In addition, all the other problems associated with high blood pressure also clear up, he said.
However, if kids don't lose the weight, high blood pressure remains and increases as they gain more weight, he said.
"The risk of these problems is higher in children who gain weight and develop high blood pressure," Muinos said. Parents have to make lifestyle changes for their children with the help of a doctor or a weight loss clinic, he said.
Changes include eating a healthy diet rich in vegetables, fruits and whole grains, and being physically active regularly, Muinos said.
"These problems really exist and they are not going to go away when children reach their teens -- that doesn't happen anymore. They just become overweight or obese adolescents," he said.
SOURCES: Emily D. Parker, Ph.D., M.P.H., research investigator, HealthPartners Institute for Education and Research, Bloomington, Minn.; William Muinos, M.D., pediatric gastroenterologist, and director, weight management program, Nicklaus Children's Hospital, Miami; March 2016, Pediatrics
HealthDay
Copyright (c) 2016 HealthDay. All rights reserved.