Nonmedical use of Adderall and ER visits are up, study says 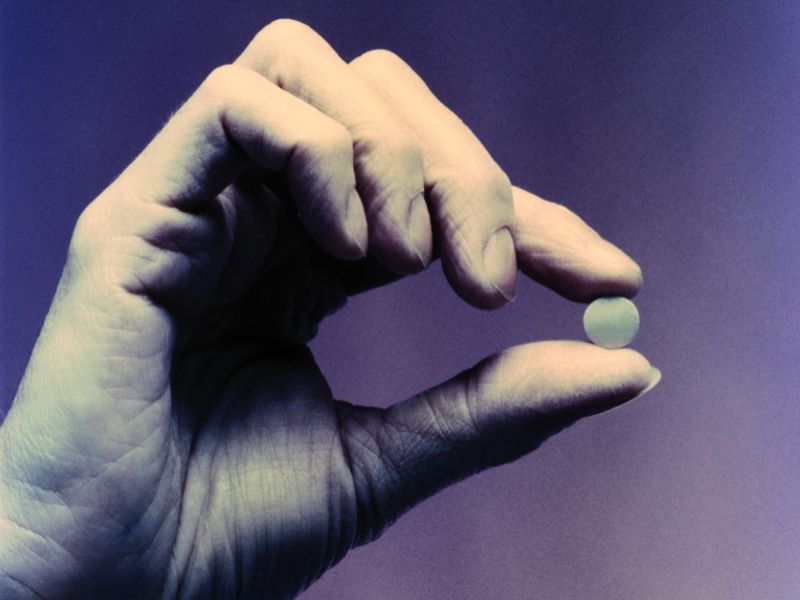 TUESDAY, Feb. 16, 2016 (HealthDay News) -- College students aiming for an academic edge may explain a surge in the misuse of a stimulant commonly prescribed for attention-deficit hyperactivity disorder (ADHD), new research suggests.
Among U.S. adults, the number of Adderall prescriptions stayed stable from 2006 to 2011, but misuse of the drug jumped 67 percent and related visits to emergency rooms went up by 156 percent, researchers found.
"The majority of adults who are using Adderall nonmedically are in the age range of 18 to 25," said lead researcher Dr. Ramin Mojtabai, a professor of mental health at Johns Hopkins Bloomberg School of Public Health in Baltimore. Most get the pills from friends or relatives who have prescriptions, the study found.
Mojtabai and his team suspect college students use Adderall to help them stay up all night to cram for exams. Similarly, young working adults may use it to stay sharp and focused on the job, he said.
Also, "it's possible some of this use is recreational," said Mojtabai. "There's a pattern of concomitant use of other substances in about half of these adults."
Whatever the reason, the use of amphetamines, including Adderall, can lead to dependence, sudden death and serious cardiovascular events, according to the U.S. Food and Drug Administration, which requires a "black box" warning on the drug packaging.
"They are not harmless simply because they are prescribed by doctors," said study co-author Dr. Lian-Yu Chen, an attending psychiatrist at Taipei City Psychiatric Center in Taiwan. Among the possible cardiovascular effects are high blood pressure and stroke, Chen noted.
People with ADHD are often prescribed stimulant drugs and/or behavioral therapy to help them focus, reduce their hyperactivity and curb their impulsivity.
Researchers looked at U.S. trends from 2006 through 2011, spurred by concern about misuse of the stimulants among children and teens. They analyzed three national surveys -- one on doctor visits, one on drug use and another on ER visits -- to track use of the stimulants Adderall (dextroamphetamine-amphetamine) and Ritalin/Concerta (methylphenidate). Ritalin is also commonly prescribed for ADHD.
In adults, the researchers found, treatment visits for Adderall were unchanged, although nonmedical use and ER visits rose significantly.
Concern about stimulant misuse among children and teens did not bear out. In adolescents, treatment visits for stimulants declined, and misuse of Adderall did not increase. Nonmedical use of Ritalin and Concerta declined by about 54 percent over the six-year period, the researchers found.
The study was published Feb. 16 in the Journal of Clinical Psychiatry.
The researchers speculate that college students may prefer Adderall over the other stimulants because it increases two brain chemicals linked with better cognitive functioning and has a reputation for making people smarter.
However, stimulant use often causes anxiety, insomnia or agitation, Mojtabai said. In younger children, growth can slow somewhat due to the medication's appetite suppressant effect. Aggressive behavior and depression may also occur with long-term Adderall use, he said.
The study findings don't surprise Dr. Robert Glatter, an emergency physician at Lenox Hill Hospital in New York City. "This study highlights the growing problem of drug diversion as the main factor behind both misuse and increased emergency department visits for Adderall," said Glatter.
Doctors need to be aware of this and talk to patients who receive a stimulant prescription about misuse and the dangers of drug sharing, he said.
"Many students mistakenly believe these drugs will make them smarter and more efficient at studying, so in their view the risk is worth the reward," he said. "And because Adderall can improve focus, it may also give some students an unfair advantage, thus constituting academic dishonesty."
For those with legitimate stimulant prescriptions, Glatter recommended locking the drugs away to avoid theft from friends and even family members. "It's important to keep track of pills and do daily pill counts to be assured that no one is removing their medications," he said.
SOURCES: Ramin Mojtabai, M.D., M.P.H., Ph.D., professor, mental health, Johns Hopkins Boomberg School of Public Health, Baltimore; Robert Glatter, M.D., emergency physician, Lenox Hill Hospital, New York City; Lian-Yu Chen, attending psychiatrist, Taipei City Psychiatric Center, Taiwan; Feb. 16, 2016, Journal of Clinical Psychiatry
HealthDay
Copyright (c) 2016 HealthDay. All rights reserved.