Psychiatric problems showing up in those who took up the habit from the 1980s onward, researchers find 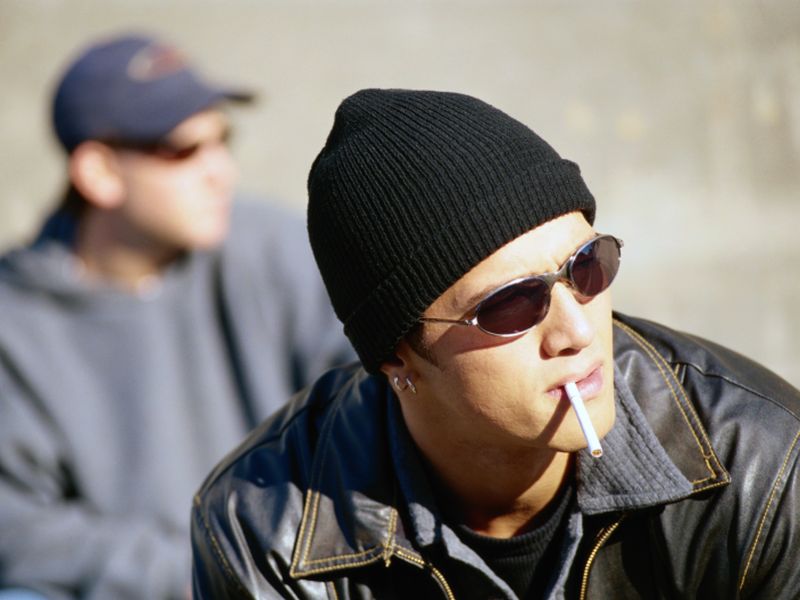 THURSDAY, Jan. 28, 2016 (HealthDay News) -- Although fewer Americans are smoking, the rates of psychiatric disorders among those who do -- particularly more recent smokers -- are on the rise, a new study suggests.
Researchers analyzed data from 25,000 people born in the 1940s, 1950s, 1960s, 1970s and 1980s and found that the national smoking rate has been falling since the 1960s. But the percentage of nicotine-dependent smokers has been rising.
The study also found that the risk of substance-use disorders increased among all smokers with each decade, whether or not they were nicotine-dependent.
But nicotine-dependent smokers who began smoking in the 1980s were more likely than older smokers to have psychiatric conditions such as attention-deficit hyperactivity disorder, bipolar disorder or antisocial personality disorder, according to the study. It was published Jan. 26 in the journal Molecular Psychiatry.
"Our study confirms that recent smokers, though a relatively smaller group than those who started smoking decades ago, are more vulnerable to psychiatric and substance use disorders," lead author Ardesheer Talati, an assistant professor of clinical neurobiology at Columbia University Medical Center and the New York State Psychiatric Institute, said in a university news release.
"These findings suggest that today's adolescent and young adult smokers may benefit from mental health screening so that any related psychiatric or substance use problems can be identified and addressed early," Talati added.
Study co-author Katherine Keyes is an assistant professor of epidemiology at Columbia's Mailman School of Public Health in New York City. She said: "These findings also have implications for ongoing nationwide efforts to support smoking cessation efforts.
"Given that mental health problems are also predictive of unsuccessful efforts to reduce or quit smoking, these findings suggest that cessation efforts that treat both withdrawal from nicotine and underlying mental health conditions are increasingly crucial," she added.
Further studies are needed to learn more about possible links between biological and genetic factors and mental health and substance use problems in smokers, the researchers said.
SOURCE: Columbia University Medical Center, news release, Jan. 26, 2016
HealthDay
Copyright (c) 2016 HealthDay. All rights reserved.