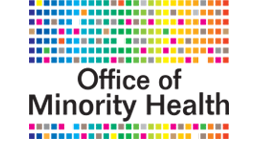 The U.S. Food and Drug Administration today approved Technivie (ombitasvir, paritaprevir and ritonavir) for use in combination with ribavirin for the treatment of hepatitis C virus (HCV) genotype 4 infections in patients without scarring and poor liver function (cirrhosis).

More from FDA on Hepatitis B and C

Español
The U.S. Food and Drug Administration today approved Technivie (ombitasvir, paritaprevir and ritonavir) for use in combination with ribavirin for the treatment of hepatitis C virus (HCV) genotype 4 infections in patients without scarring and poor liver function (cirrhosis).
Technivie in combination with ribavirin is the first drug that has demonstrated safety and efficacy to treat genotype 4 HCV infections without the need for co-administration of interferon, an FDA-approved drug also used to treat HCV infection.
“Today’s approval provides the first treatment option for patients with genotype 4 HCV infections without requiring use of interferon,” said Edward Cox, M.D., director of the Office of Antimicrobial Products in the FDA’s Center for Drug Evaluation and Research.
Hepatitis C is a viral disease that causes inflammation of the liver that can lead to diminished liver function or liver failure. Most people infected with HCV have no symptoms of the disease until liver damage becomes apparent, which may take several years. Some people with chronic HCV infection develop cirrhosis over many years, which can lead to complications such as bleeding, jaundice (yellowish eyes or skin), fluid accumulation in the abdomen, infections or liver cancer. According to the Centers for Disease Control and Prevention, approximately 2.7 million Americans are infected with HCV, of which genotype 4 is one of the least common.
The safety and efficacy of Technivie with ribavirin were evaluated in a clinical trial of 135 participants with chronic HCV genotype 4 infections without cirrhosis. Ninety-one participants received Technivie with ribavirin once daily for 12 weeks. Forty-four participants received Technivie once daily without ribavirin for 12 weeks. The studies were designed to measure whether a participant’s hepatitis C virus was no longer detected in the blood 12 weeks after finishing treatment (sustained virologic response), suggesting a participant’s infection had been cured.
Results showed that 100 percent of the participants who received Technivie with ribavirin achieved a sustained virologic response. Of those who received Technivie without ribavirin, 91 percent achieved sustained virologic response.
Safety information was available for 316 participants with HCV treated with the recommended dose of Technivie in combination with other anti-HCV drugs in clinical trials. The three drugs included in Technivie are also included in Viekira Pak, previously approved for the treatment of HCV genotype 1 infection. Additional safety information for those drugs was available from the Viekira Pak trials. The most common side effects of Technivie with ribavirin were fatigue, weakness (asthenia), nausea, insomnia, itching (pruritus) and other skin reactions.
Technivie carries a warning alerting patients and health care providers that elevations of liver enzymes to greater than five times the upper limit of normal occurred in approximately 1 percent of clinical trial participants. The elevations occurred more frequently in females taking contraceptives containing ethinyl estradiol. Contraceptives containing ethinyl estradiol must be discontinued prior to starting Technivie. Hepatic laboratory testing should be performed during the first four weeks of starting treatment, and as clinically indicated thereafter.
Technivie and Viekira Park are marketed by AbbVie Inc. based in North Chicago, Illinois.
The FDA, an agency within the U.S. Department of Health and Human Services, protects the public health by assuring the safety, effectiveness, and security of human and veterinary drugs, vaccines and other biological products for human use, and medical devices. The agency also is responsible for the safety and security of our nation’s food supply, cosmetics, dietary supplements, products that give off electronic radiation, and for regulating tobacco products.
Publicado por salud equitativa en 13:12