In recent years, large multi-state or nationwide foodborne outbreaks have become more commonly recognized. Improved surveillance systems in the United States are better at identifying outbreaks that would previously have been missed. Changing patterns in global food production have resulted in food being distributed over large distances. This combined with increasing integration and consolidation of agriculture and food production can result in a contaminated food rapidly causing a geographically widespread outbreak.
Public health officials investigate outbreaks to control them, to prevent additional illnesses, and to learn how to prevent similar outbreaks from happening in the future. Here we explain how the public health community detects, investigates, and controls foodborne disease outbreaks.

A foodborne outbreak investigation goes through several steps. They are described here in order, but in reality investigations are dynamic and several steps may happen at the same time.
Steps in Investigating Foodborne Outbreaks[PDF - 1 page] 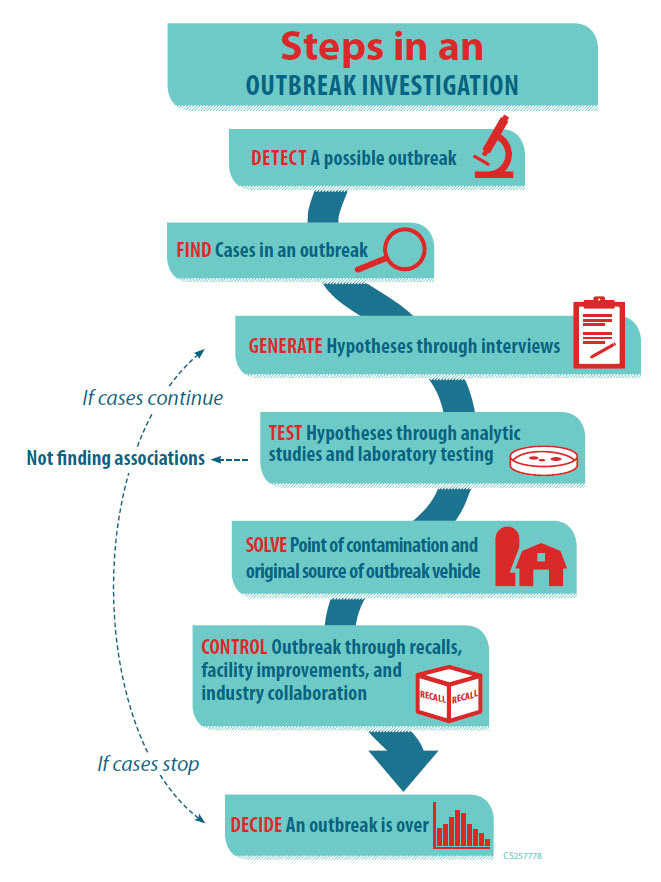