Portrait of a virus: A killer in close up | The Economist

Portrait of a virus: A killer in close up | The Economist

A killer in close up

You can do a lot of damage with just seven genes

EBOLA is a simple virus, but also a subtle one. The stringy looking particles consist of a genome wrapped up in two layers of protein (see diagram). This long, thin package, along with a large protein called a polymerase, is packed into a membrane that is studded with a glycoproteins—that is, proteins with sugar stuck to them.
In this section
Reprints
Related topics 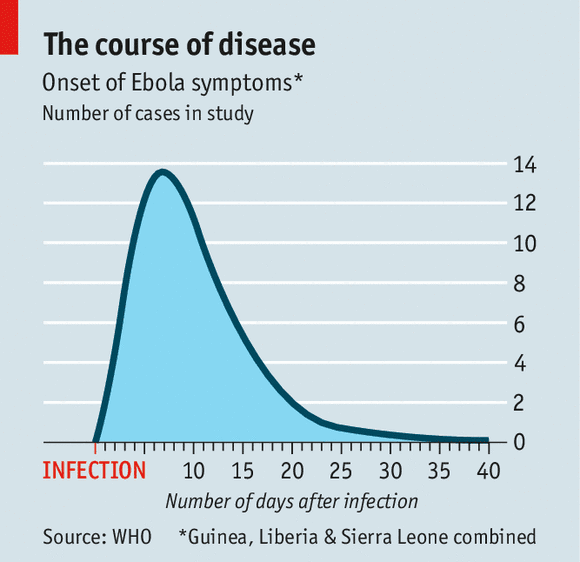 When the virus infects a cell the polymerase makes copies of the genome and the cell is tricked into using these to make the proteins that the virus needs. These include two, called VP35 and VP24, which stymie interferons, a class of molecule that alerts the immune system to infection. VP35 prevents interferons from being made; VP24 stops their cries for help from being heard. The sugars on the virus’s outside make it hard for other parts of the immune system to get to grips with; to confuse things more, the virus makes infected cells produce more glycoprotein than it needs for its coat, with the surplus simply secreted into the bloodstream. Antibodies which would otherwise attack the virus stick to this decoy protein instead.
Immune cells which the virus attacks in the bloodstream early on carry the infection to the liver, the spleen and lymph nodes. Symptoms may manifest themselves in a day or two or may wait weeks (see chart). Eventually the virus’s spread triggers an immune overreaction known as a cytokine storm. Blood-vessel walls become leaky, blood pressure and core temperature drop, organs fail and the body goes into shock. Various combinations of those and other symptoms kill about 70% of those who get ill. 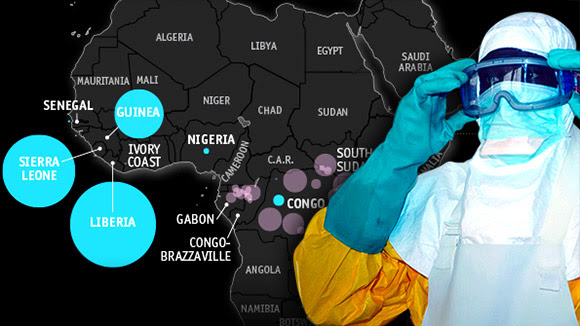 Ebola in graphics: examining the data behind the crisis so far
Some of the sick weather the storm, but most who survive infection do so by never getting to its direst straits. Some do not succumb at all: a study of people who had direct contact with patients during outbreaks in Gabon in 1996 showed that some had definitely been infected, but never fallen ill.
Publicado por salud equitativa en 4:50