My Life with Waldenström (Belgium)

In 2007 at the end of May, some weeks before my 73rd birthday, I went to my family doctor for the annual checkup. With peace of mind! For several years I often was tired, extremely tired. But that was due to ‘the age’, the doctor said, I just had to adapt my activities. Fatigue, diplopia and tinnitus, I linked it all to my age.
Written by Joanna, published 3 days ago. 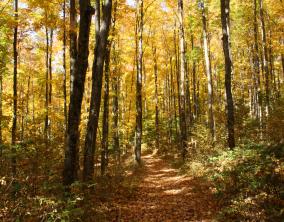 All the same I expected good results. Unfortunately the blood tests were not as good and after a bone marrow biopsy the hematologist I was referred to, told me I had WM, an indolent, slow growing cancer that had no cure. He also told me I had the disease since years. Might have been worse, I thought, I have lived years without worrying about it. Immediately a course of Leukeran, a mildly chemotherapy, was started up.
Curiously, the news did not hit like a bomb! Maybe I did not fully realize what was told. In any case I was more concerned about my upcoming trip! A visit to the Biennale in Venice. Could I travel? No problem, came the reassuring answer from the doctor, the treatment has little or no side effects.

And relieved I flied to Venice, and two months later, in September, I went for a trip to Kassel (Documenta) and Muenster (Skulptur.Projekte). Exhibitions were worthwhile, the weather was splendid, but Venice was too hot and too tiring and in Germany I caught a cold that didn’t submit to any medication. . .

Were all those negative experiences due to WM? Or were it side effects of the treatment?

I did not know. Maybe I underestimated the disease. Maybe WM was not as innocent as I thought or liked. I had to collect my thoughts and I started looking for more information. This led me to the website of a contact group for MM patients, CMP Vlaanderen. In the absence of a support group for WM it had kindly taken in some members with this disease. There I found support and understanding and more insight into WM. Little by little I got involved in this rare disease and early 2008 I became the contact person for WM!

End 2007, on the eve of Christmas, I went once more to the hematologist. For six months I had taken two pills three times a day. What would the blood test say? The IgM level had dropped to a quasi normal value, but also red and white blood cells were – literally and figuratively – dived into the red.

As the treatment with chlorambucile stopped, my blood could recuperate. A long process! A never ending process! Still I float on the edge of anemia. Still I have tinnitus. Still I have vision problems: double vision, blurred vision, bleedings on the retina, and the consequences of it: confusion, loss of concentration, uncertainty by walking…

Apart from those physical discomforts the fatigue remains, gets worse, longer the time to recover…

In October 2010 a cure with Multigam was started. Six months consecutively, to raise up my failing immune system. In May 2011 again two times the infusion with Multigam.
Finally this treatment was without beneficial effect. The doctor decided that no further (aggressive) treatments should be done, because of the bad infusion reactions and the poor results.
Before leaving the consulting room I was given the good advice to listen to my body, to take a rest when I was tired, not to bite off more than I can chew. . .
Mid 2013 things began going wrong. The inexplicable extreme fatigue was getting worse, the blood values decreasing, IgM increasing… and in November the hematologist proposed starting a treatment with rituximab. Impossible, I said, too much to do in preparation for our symposium! a symposium in cooperation with the Belgian Hematological Society (BHS) that would take place on January 30, 2014.
Treatment delayed.
Yet I felt sicker and weaker: night sweats, daily fever, loss of appetite, without energy, every effort was too much. I counted the days until I could go back to see my physician end March.
April 25 I went to the day clinic for the first infusion of rituximab monotherapy in medical need. This first infusion was complicated by hypotension. Four consecutive weeks I went to the day hospital. May 15 I got the last infusion and as icing on the cake a blood transfusion.
Then came the anxious wait: would treatment catch?
It took a while. But little by little increased what was too low and dropped what was too high.
In September the doctor asked to take part in a clinical trial with ARGX-110. I agreed whole-hearted.
Unfortunately because of a steady weight loss and gastrointestinal complaints I had to undergo gastroscopic examination. The result of it is long in coming. In the meantime
arGEN-X completed enrolment. Now I’m still waiting the result of the gastroscopy and the possibility to take part in the next phase of the clinical trial.
The longer I know the disease, the better I understand it. Once I accepted the restrictions imposed by WM, the disease became my inseparable compagnon de route.
Thanks to the good care of my treating physicians I still continue serving the interests of my fellow sufferers in Flanders. And I hope to do this for many years, sincerely and with a smile!
Written by Joanna
Written by Joanna, published 3 days ago.
Publicado por salud equitativa en 5:00