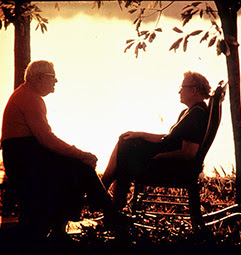 Photo: Courtesy of
the National Library of Medicine.

Compared to 50 years ago, today’s heroin users are older men and women who do not live in urban areas and were introduced to the drug through prescription pain medications, finds a recent study published in the Journal of the American Medical Association Psychiatry.
The study found just 50 years ago 80 percent of persons who received treatment for heroin abuse were young men, whose average age was 16.5. The persons treated for heroin abuse or addiction lived in cities and were introduced to opioids through heroin.
In contrast, the study found today’s heroin users (undergoing treatment) are men and women. The age when heroin use begins is about 23 years old, or several years older than users in the 1960s. About 72 percent of contemporary heroin users live outside of urban areas and 75 percent of users took prescription opioid medications to treat pain before they turned to heroin.
In addition, the study found heroin users (who sought treatment) were equally represented among whites and African-Americans in the 1980s. However, the study noted in the last decade about 90 percent of new heroin users were white Americans.
The study, which is based on two combined surveys of persons under treatment for heroin abuse or addiction, suggests users turn to heroin because it is more accessible and far less expensive than prescription opioid medications.
A CNN news story on the JAMA Psychiatry report added opiate prescription pain medications cost uninsured persons about $1 per milligram, so a 60 milligram pill costs about $60. The CNN report continues an equivalent dose of heroin is about 90 percent cheaper.
The CNN story, from Sanjay Gupta M.D., noted heroin and prescription opioid medications have similar biochemical underpinnings and physiological impacts, including a temporary increase in pain tolerance and sense of euphoria, coupled with accompanying drowsiness, occasional nausea, and a potential to slow breathing.
Overall, the study’s four researchers conclude (and we quote): ‘The demographic composition of heroin users entering treatment has shifted during the past 50 years’ (end of quote). The authors continue (and we quote)…’ heroin use has changed from an inner-city, minority-centered problem to one that has a more widespread geographical distribution, involving primarily white men and women in their late 20s living outside of large urban areas’ (end of quote).
The CNN news story on the report explained a larger issue is the abuse of pain medication and accidental prescription overdose in the U.S. CNN explained accidental prescription overdose has become the leading cause of acute preventable death in the U.S. CNN added 80 percent of the world’s pain medications are consumed in the U.S., which has five percent of the world’s population.
The CNN story concludes the aforementioned trends suggest the need for renewed efforts to treat drug addiction in the U.S.
Meanwhile, a helpful guide about heroin (provided by the National Institute on Drug Abuse) is available in the ‘overviews’ section of MedlinePlus.gov’s heroin health topic page. The American Cancer Society also provides a website on treatment approaches for heroin abuse or addiction in the ‘treatment’ section of MedlinePlus.gov’s heroin health topic page.
The Substance Abuse and Mental Health Services Administration adds a directory of treatment centers across the U.S. within the ‘directories’ section of MedlinePlus.gov’s heroin health topic page.
MedlinePlus.gov’s heroin health topic page additionally provides links to the latest pertinent journal research articles, which are available in the ‘journal articles’ section. Links to clinical trials that may be occurring in your area are available in the ‘clinical trials’ section. You can sign up to receive updates about heroin as they become available on MedlinePlus.gov.
To find MedlinePlus.gov’s heroin health topic page type ‘heroin’ in the search box on MedlinePlus.gov’s home page, then, click on ‘Heroin (National Library of Medicine).’ MedlinePlus.gov also has comprehensive health topic pages on drug abuse and substance abuse problems.
Before I go, this reminder… MedlinePlus.gov is authoritative. It's free. We do not accept advertising …and is written to help you.
To find MedlinePlus.gov, just type in 'MedlinePlus.gov' in any web browser, such as Firefox, Safari, Netscape, Chrome or Explorer. To find Mobile MedlinePlus.gov, just type 'Mobile MedlinePlus' in the same web browsers.
We encourage you to use MedlinePlus and please recommend it to your friends. MedlinePlus is available in English and Spanish. Some medical information is available in 43 other languages.
Your comments about this or any of our podcasts are always welcome. We welcome suggestions about future topics too!
Please email Dr. Lindberg anytime at: NLMDirector@nlm.nih.gov
That's NLMDirector (one word) @nlm.nih.gov
A written transcript of recent podcasts is available by typing 'Director's comments' in the search box on MedlinePlus.gov's home page.
The National Library of Medicine is one of 27 institutes and centers within the National Institutes of Health. The National Institutes of Health is part of the U.S. Department of Health and Human Services.
A disclaimer — the information presented in this program should not replace the medical advice of your physician. You should not use this information to diagnose or treat any disease without first consulting with your physician or other health care provider.
It was nice to be with you. I look forward to meeting you here next week.
Publicado por salud equitativa en 4:53