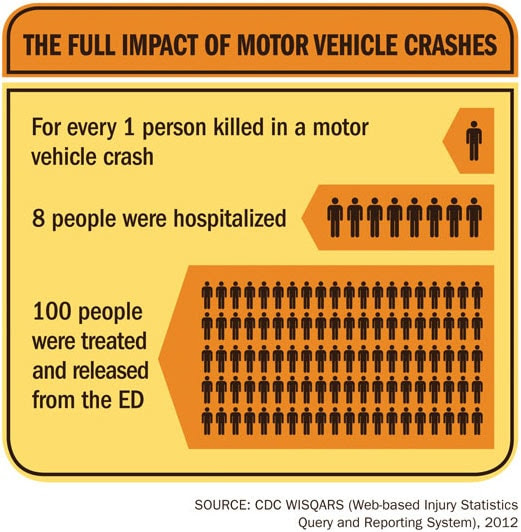 This infographic shows that for every 1 person who is killed in a motor vehicle crash, 8 people were hospitalized, and 100 people were treated and released from the ED.
Source: CDC WISQARS (Web-based Injury Statistics Query and Reporting System), 2012 This call out box says: Crash injuries have gone down in recent years. There were almost 400,000 fewer ED visits and about 5,700 fewer hospitalizations in 2012 compared to 2002. This equals $1.7 billion in avoided medical costs and $2.3 billion in avoided work loss costs.
Source: CDC Vital Signs, Morbidity and Mortality Weekly Report (MMWR) Oct. 2014 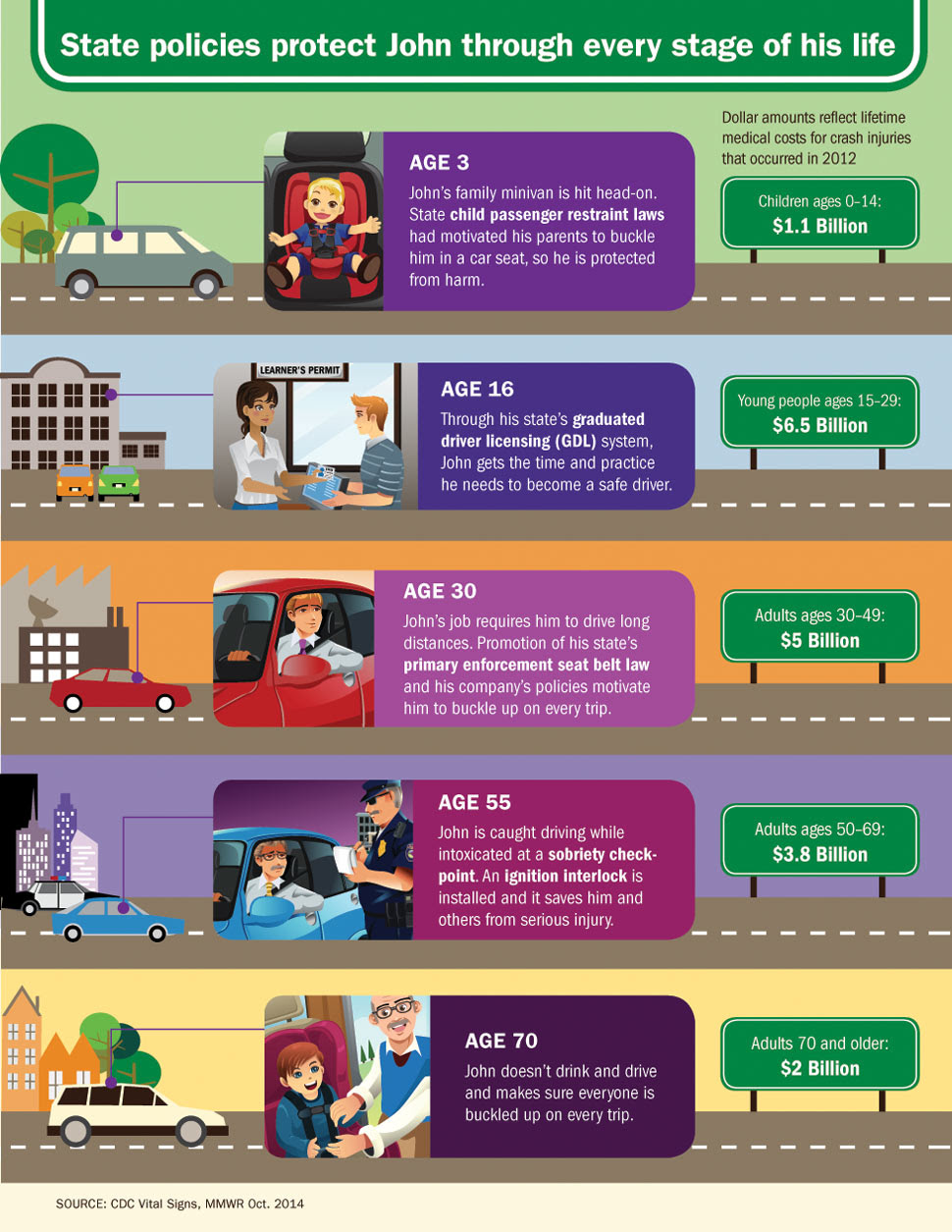 This infographic shows John at ages 3, 16, 30, 55, and 70. At each age, he is protected by a different state policy.
On the right side of the infographic is an icon at each stage of life that shows this information:
Publicado por salud equitativa en 5:36