Key Findings: Use of CT Scans in EDs|DVT|NCBDDD|CDC

Key Findings: Use of CT Scans in EDs|DVT|NCBDDD|CDC

New Study Findings: Has use of CT scans in emergency departments to test for pulmonary embolism leveled off?

What is a Computed Tomography (CT) Scan?

A CT Scan is a special X-ray procedure that can make detailed pictures of structures inside your body.
Your doctor can use a CT scan of the chest to look for problems with your lungs, heart, the major blood vessels, like the aorta, or the tissues in the center of your chest.
A CT scan is commonly used to look for certain chest problems, including infection, lung cancer, and pulmonary embolism.
What is a pulmonary embolism or PE?
In response to trauma and other causes, a blood clot can form in the veins of the body, most commonly in the leg.  This clot is called a deep vein thrombosis or DVT. A pulmonary embolism (PE) occurs when a part of the blood clot breaks off and travels through the bloodstream to the lungs, causing a blockage. If the clot is small, and with appropriate treatment, people can recover from a PE. However, there could be some damage to the lungs. If the clot is large, it can stop blood from reaching the lungs and can lead to death.
The journal Academic Emergency Medicine has published a study that looked at how often patients who go to US emergency departments (EDs) with chest symptoms of a pulmonary embolism (PE) get computed tomography (CT) scans, how often those patients are diagnosed with a PE, and how those numbers have changed over time. Previous studies have reported increases in the use of CT scans. Recently, specialty medical societies have called for restraint in the use of selected tests and procedures as part of the Choosing Wisely initiative (http://www.choosingwisely.org/

). In particular, the American College of Chest Physicians and American Thoracic Society recommend against the use of CT angiography to test for a PE in patients with a low chance of developing a PE (http://www.choosingwisely.org/doctor-patient-lists/american-college-of-chest-physicians-and-american-thoracic-society/ 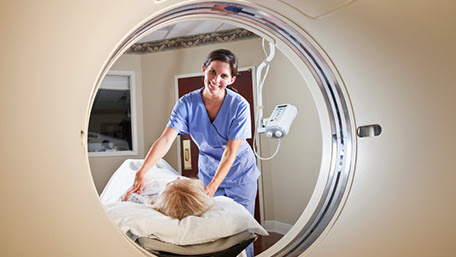 In this new study, George Washington University and CDC researchers examined national data on ED records from 2001 to 2009 and found rapid growth in use of CT scans from 2001 to 2007 in patients with chest symptoms of a PE which leveled off after 2007. After rising by 28% per year from 2001 to 2007, use of CT scans among ED patients with chest symptoms of a PE was lower in 2008 and 2009 than in 2007. Fewer than 3 in 100 of those patients were diagnosed with a PE. The low number of patients diagnosed with a PE who had a CT scan suggests that more could be done to improve the efficient use of CT in EDs. You can read the article’s abstract here

There is still much to learn about the health risks for pulmonary embolism and how to prevent, diagnose and manage the condition. For more information, visit:http://www.cdc.gov/ncbddd/dvt/facts.html.
Researchers analyzed information from the Centers for Disease Control and Prevention’s (CDC’s) National Hospital Ambulatory Medical Care Survey to examine patterns of CT use and numbers of PE diagnoses in ED patients arriving with chest pain, shortness of breath, or coughing up blood.