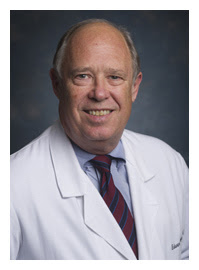 STD Prevention Science Series: Reconceptualizing Screening for Chlamydia Control: Process Considerations, Targets and Outcomes by Edward W. Hook III, M.D.
Please join us September 25, 2014 from 1:00 PM – 2:00 PM ET for the STD Prevention Science Series when Dr. Cook presents on reconceptualizing screening for chlamydia control.
Chlamydial infections are reported to be increasing in many developed nations, often despite control efforts using broad screening programs. These observations have been used to argue that such efforts are not an effective use of public health resources. In this presentation, chlamydia control efforts will be considered using a sexually transmitted infection (STI) cascade perspective to demonstrate opportunities for improving current chlamydia screening efforts. In addition, we will begin to consider whether chlamydia rates represent the appropriate metric for assessing the impact of current chlamydia control efforts.
Edward W. Hook III, M.D. is the Director of the Division of Infectious Diseases at the University of Alabama at Birmingham (UAB) School of Medicine and Professor of Medicine, Epidemiology, and Microbiology at the University of Alabama at Birmingham Schools of Medicine and Public Health in Birmingham, AL. As an internist with subspecialty expertise in infectious diseases, much of Dr. Hook’s academic career has been focused on management and prevention of STIs. With joint appointments both at major academic institutions (Johns Hopkins University and UAB) and in his local health departments the Baltimore City Health Department and the Jefferson County Department of Health, he has conducted federally funded STI research as a Principal Investigator (PI) for over 25 years. He is currently the PI for the CDC funded Alabama/North Carolina STD Prevention Training Center and the Birmingham reference laboratory for the Gonococcal Isolate Surveillance Program as well as for the NIH-funded UAB STI Cooperative Research Center and the STI Clinical Trials Group. He has published on a wide variety of STI-related topics including chlamydial, gonococcal and syphilis infections.
Attending the Presentation
Participants can attend the STD Prevention Science Series in person in Building 8, Conference Room 1 A/B on the Corporate Square CDC Campus in Atlanta or by joining the event online and calling 1-888-469-3009. The conference number is PW4464255 and the participant passcode is 2509900
For more information visit www.astda.org
Publicado por salud equitativa en 4:59