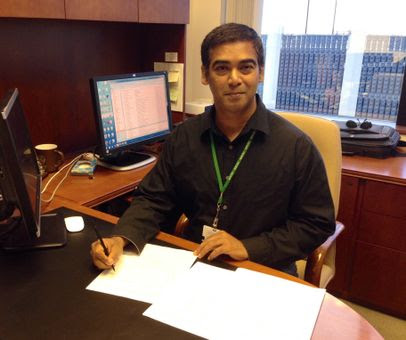 August 07, 2014 Categories: Stroke News
Study Highlights
Embargoed until 3 p.m. CT/4 p.m. ET Thursday, August 7, 2014
DALLAS, August 7, 2014 — Cognitive abilities such as memory and attention are not only important after a stroke but also before; according to research published in the American Heart Association journal Stroke.
Previous studies have shown poor cardiovascular health can increase the risk of cognitive impairment such as problems in memory and learning. However, the opposite idea that cognitive impairment may impact cardiovascular health, specifically stroke, was not established before.
“Most clinical studies observe cognitive impairment after a stroke event, said Kumar Rajan, Ph.D., lead author of the study and assistant professor of internal medicine at Rush University Medical Center in Chicago, IL. “Only a handful of large population-based studies measured long-term cognitive functioning before stroke and deaths from all different causes.”
Researchers analyzed data on cognitive function in 7,217 adults (61 percent African-American and 59 percent women) over the age of 65. They gave them four tests every three years that evaluated participants’ cognitive abilities such as short- and long-term memory, attention, awareness and other mental functions before and after a stroke.
Researchers found:
“Stroke in old age can be caused by poor cognitive function; whereas, faster decline in cognitive function can be caused by stroke,” Rajan said. “Low cognitive function is generally associated with poor neurological health and brain function. Worsening of neurological health can lead to several health problems with stroke being one of them.”
Examining mental health may help prevent future strokes in older adults, Rajan said.
“From a care standpoint, cognitive decline is not only a strong marker for neurological deterioration and physical health in older adults, but also serves as a marker for stroke in old age,” he said.
Researchers also found a strong link between low cognitive function and death. Participants with previous strokes had lower baseline cognitive scores on all four tests and 78 percent died during follow-ups.
“Being healthy and active through both physical and cognitive activities may help slow down cognitive decline,” Rajan said.
In the United States, stroke is a leading cause of disability and the No. 4 cause of death. A stroke occurs when blood supply is cut off from parts of the brain. The brain’s temporary blood loss can lead to serious physical and mental disabilities.
Co-authors are Neelum T. Aggarwal, M.D.; Robert S. Wilson, Ph.D.; Susan A. Everson-Rose, Ph.D., M.P.H.; and Denis A. Evans, M.D.
The National Institutes on Aging, National Institute on Minority Health and Health Disparities and University of Minnesota funded the study.
Additional Resources:
###
Statements and conclusions of study authors published in American Heart Association scientific journals are solely those of the study authors and do not necessarily reflect the association’s policy or position. The association makes no representation or guarantee as to their accuracy or reliability. The association receives funding primarily from individuals; foundations and corporations (including pharmaceutical, device manufacturers and other companies) also make donations and fund specific association programs and events. The association has strict policies to prevent these relationships from influencing the science content. Revenues from pharmaceutical and device corporations are available atwww.heart.org/corporatefunding.
For Media Inquiries: (214) 706-1173
Bridgette McNeill: (214) 706-1135; bridgette.mcneill@heart.org
Julie Del Barto (broadcast): (214) 706-1330; julie.delbarto@heart.org
For Public Inquiries: (800)-AHA-USA1 (242-8721)
heart.org and strokeassociation.org
Publicado por salud equitativa en 7:11