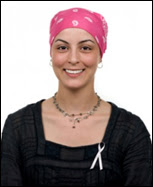 During 2008–2011, female cancer survivors incurred an estimated $3,293 more in annual medical expenses than females with no history of cancer

The results of this analysis indicate that overall, cancer survivors had total annual medical expenditures estimated at $4,187 more for males and $3,293 more for females, compared with those of persons without a cancer history. These estimates were adjusted for age, sex, race/ethnicity, number of MEPS priority conditions, marital status, and education. These findings add to the growing concerns about the costs of cancer treatment and their negative impact on cancer survivors and their families. For example, a recent study reported that persons diagnosed with cancer are at higher risk for bankruptcy than those without a cancer history (7). In 2012, the National Cancer Policy Forum of the Institute of Medicine (IOM) convened a workshop, "Delivering Affordable Cancer Care in the 21st Century" (8), to discuss the drivers of current and projected costs of cancer care and potential ways to curtail these costs and maintain high-quality care. In 2009, before the IOM workshop, the American Society of Clinical Oncology published a guidance statement on the cost of cancer care (9). Overall, these efforts underscore the growing recognition by medical professionals, including clinical oncologists, of the important role they play in reducing the cost of cancer care for cancer survivors. A 2013 IOM publication, Delivering High-Quality Cancer Care: Charting a New Course for a System in Crisis,* highlighted the importance of information about cancer costs and of quantifiying the economic issues encountered by cancer survivors and their families.
Many cancer survivors return to work and remain productive. However, for nearly a third of survivors, cancer and the lasting and late effects of treatment interfere with usual daily activities outside of work. Many of these survivors are in poor health. These survivors might be returning to work to maintain adequate health insurance coverage and to pay for cancer-related services not covered by insurance. For instance, approximately 10% of survivors aged <65 years in this analysis were uninsured (and therefore likely have incurred a larger personal financial burden) and might experience financial barriers to needed care than survivors who have some source of payment for medical services. The provisions of the Affordable Care Act are expected to help improve this situation by increasing access to health insurance for millions of persons living in the United States, including cancer survivors. Further, approximately 30% of survivors are disabled and not able to return to work or have decreased ability to work because of limitations in cognitive, mental, and physical functioning and psychological distress (10). These survivors are more likely to incur higher productivity losses than persons without a cancer history. These challenges, particularly those related to employment, might differ for men and women, as presented in this report.
The findings in this report are subject to at least five limitations. First, because of inadequate sample size, these analyses were not stratified by cancer site or by time since diagnosis. Second, other aspects of economic burden of illness were not included, such as the time spent receiving medical care, productivity losses for caregivers, and intangible costs associated with pain and suffering from cancer and its treatment. Therefore, the reported medical and productivity costs represent only a portion of the total economic burden of cancer to society, survivors, and their families. Third, this analysis relied on self-report of cancer diagnosis, which was not verified by medical records, and household-reported survey data, which are subject to measurement errors (e.g., underreporting). Fourth, because the 2008–2011 MEPS response rates were <60%, the findings might reflect, in part, nonresponse bias. Finally, because the MEPS priority conditions were based on a count of 10 conditions, some of the burden attributable to cancer could be attributed to unmeasured comorbid conditions.
The data presented in this report summarize efforts of a new collaborative group, the Health Economics Research on Cancer Workgroup, to promote health economics research on cancer. The workgroup is composed of scientists from CDC, the National Cancer Institute, Agency for Healthcare Research and Quality, the American Cancer Society, Emory University, and the Livestrong Foundation. The workgroup seeks to address key research gaps identified in IOM reports (4), including the need for national estimates of the burden of cancer, examining the financial impact of cancer on survivors and their families, and patterns of employment. Findings from these studies will provide invaluable information to help improve the quality of the cancer survivorship experience and reduce the burden of cancer in the United States.
With the projected increase in the number of cancer survivors, the economic burden of cancer will also likely increase (3). Therefore, public health decision-makers, professional medical organizations, and other stakeholders might want to focus their efforts on factors that can help to reduce the burden of cancer in the general population, including the recurrence of cancer in cancer survivors. Some of these factors might include primary prevention efforts, such as quitting smoking, being physically active, and maintaining a healthy weight. The economic data presented in this report investigating the economic consequences of surviving cancer highlight the need to develop comprehensive intervention programs to improve the quality of the cancer survivorship experience and decrease the economic burden of cancer survivorship in the United States.
1Division of Cancer Prevention and Control, National Center for Chronic Disease Prevention and Health Promotion, CDC; 2Health Economics Research on Cancer Workgroup; 3National Cancer Institute, Bethesda, Maryland; 4American Cancer Society, Atlanta, Georgia; 5Agency for Healthcare Research and Quality, Rockville, Maryland; 6Livestrong Foundation, Austin, Texas; 7Emory University, Atlanta, Georgia (Corresponding author: Donatus U. Ekwueme, dce3@cdc.gov, 770-488-3182)