PLOS ONE: Identifiable Images of Bystanders Extracted from Corneal Reflections

PLOS ONE: Identifiable Images of Bystanders Extracted from Corneal Reflections

Criminal investigations often use photographic evidence to identify suspects. Here we combined robust face perception and high-resolution photography to mine face photographs for hidden information. By zooming in on high-resolution face photographs, we were able to recover images of unseen bystanders from reflections in the subjects' eyes. To establish whether these bystanders could be identified from the reflection images, we presented them as stimuli in a face matching task (Experiment 1). Accuracy in the face matching task was well above chance (50%), despite the unpromising source of the stimuli. Participants who were unfamiliar with the bystanders' faces (n = 16) performed at 71% accuracy [t(15) = 7.64, p<.0001, d = 1.91], and participants who were familiar with the faces (n = 16) performed at 84% accuracy [t(15) = 11.15, p<.0001, d = 2.79]. In a test of spontaneous recognition (Experiment 2), observers could reliably name a familiar face from an eye reflection image. For crimes in which the victims are photographed (e.g., hostage taking, child sex abuse), reflections in the eyes of the photographic subject could help to identify perpetrators. 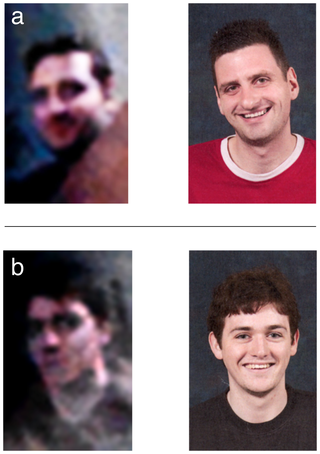 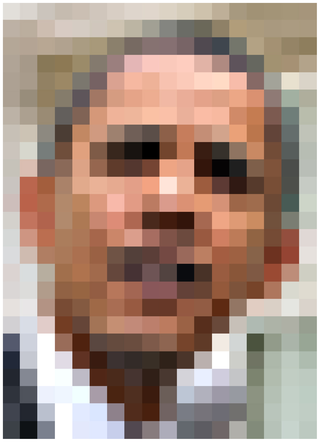 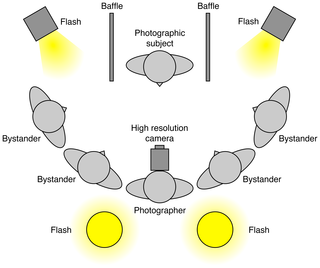 Citation: Jenkins R, Kerr C (2013) Identifiable Images of Bystanders Extracted from Corneal Reflections. PLoS ONE 8(12): e83325. doi:10.1371/journal.pone.0083325
Editor: Matthew Longo, Birkbeck, University of London, United Kingdom
Received: June 17, 2013; Accepted: November 2, 2013; Published: December 26, 2013
Copyright: © 2013 Jenkins, Kerr. This is an open-access article distributed under the terms of the Creative Commons Attribution License, which permits unrestricted use, distribution, and reproduction in any medium, provided the original author and source are credited.
Funding: This research was funded by the Economic and Social Research Council, UK. The funders had no role in study design, data collection and analysis, decision to publish, or preparation of the manuscript.
Competing interests: The authors have declared that no competing interests exist.
Publicado por salud equitativa en 8:11