Getting a diagnosis in America

Difficulties in finding a doctor

Written by Skylar019, published 15 days ago. 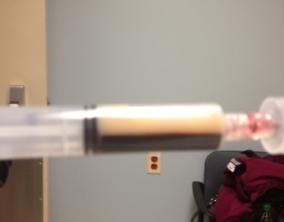 I am originally from Pennsylvania and was having Pancreatic Attacks. The doctors didn't bother to do anything about my triglyceride levels of 3000 since I was only 23 at the time and decided to take my gallbladder instead, saying there was sludge. Well, no sludge was there and taking it caused more frequent attacks. This only made my issues worse.
Over the course of the next year, I had continual pain and flareups, there really was no answer and most doctors are not helpful in this area. My scans continually showed there was nothing wrong with my Pancreas, and it wasn't until my blood was drawn and turned to fat that they decided something was actually wrong, and I am not crazy.
It was extremely difficult to find a competent doctor for something so rare. I am unsure what is located on other parts of the country but I looked specifically for Lipid Clinics or specialties. I luckily got into the Lipid Clinic and the Pancreatic Clinic at Johns Hopkins Medical Center in Baltimore, Maryland.
Once they figured out what my disease was, and the main basis of the problem, it was finding a medication that worked from there. I finally found a primary care physician that was able to help and put me on the right cholesterol medication, although it was a battle finding the one that worked. Even the doctors at Johns Hopkins, who are some of the best in the world, didn't give me the right doses of medication. They had me on 67mg of Fenofibrate. I am now on 200mg and it's working! I realize the "name" of my disease doesn't matter anymore, but the treatment does. Find someone who can treat you right.
Along with large doses of Fenofibrate and Lipitor, I also went a trial with Crestor, Lopid,and Pancreaze, among others. A gastroenterologist prescribed me Zantac to help with my bile production which he thought was contributing to my nausea and he was right!! Although my nausea is still bad, and Zofran is a close friend of mine, it is a lot better than it was!
I am no longer treating at Hopkins because they wanted to remove my pancreas, and said if I am not willing, to not come back until I am and continue taking my medication. They pushed for me to remove it, which is a painful hard life to do so. I had a bad feeling about it and felt I was able to still function without having to go that route. It's been a hard year to say the least, but a lot less difficult than a major surgery and losing an important organ.
After all of this, I realize you are your own best advocate because most people don't have a clue, or care. I went through 4 hospitals, and countless amounts of doctors just to get to this point. Most people think of you as just another number, another person in line. My one doctor said my constipation was causing the issue and that was it. He failed to mention that it's a continuous cycle of triglycerides, narcotics, constipation, and then an attack.
There really isn't a lot of information out there for people with this type of issue and I hope the things I shared can help someone.
Written by Skylar019, published 15 days ago.