PLOS ONE: FNDC5/Irisin Is Not Only a Myokine but Also an Adipokine

PLOS ONE: FNDC5/Irisin Is Not Only a Myokine but Also an Adipokine 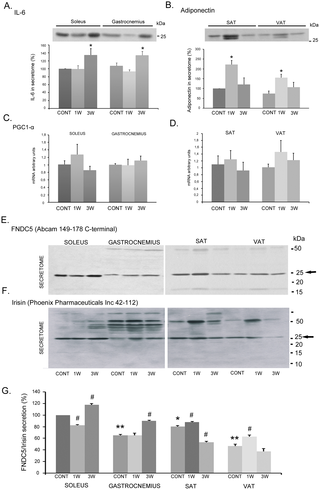 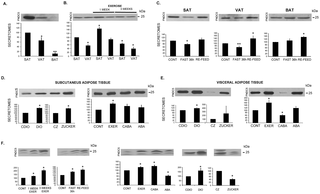 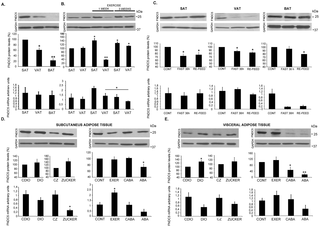 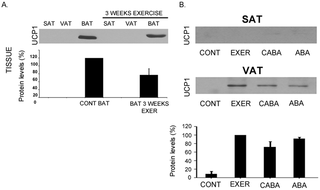 Exercise provides clear beneficial effects for the prevention of numerous diseases. However, many of the molecular events responsible for the curative and protective role of exercise remain elusive. The recent discovery of FNDC5/irisin protein that is liberated by muscle tissue in response to exercise might be an important finding with regard to this unsolved mechanism. The most striking aspect of this myokine is its alleged capacity to drive brown-fat development of white fat and thermogenesis. However, the nature and secretion form of this new protein is controversial. The present study reveals that rat skeletal muscle secretes a 25 kDa form of FNDC5, while the 12 kDa/irisin theoretical peptide was not detected. More importantly, this study is the first to reveal that white adipose tissue (WAT) also secretes FNDC5; hence, it may also behave as an adipokine. Our data using rat adipose tissue explants secretomes proves that visceral adipose tissue (VAT), and especially subcutaneous adipose tissue (SAT), express and secrete FNDC5. We also show that short-term periods of endurance exercise training induced FNDC5 secretion by SAT and VAT. Moreover, we observed that WAT significantly reduced FNDC5 secretion in fasting animals. Interestingly, WAT of obese animals over-secreted this hormone, which might suggest a type of resistance. Because 72% of circulating FNDC5/irisin was previously attributed to muscle secretion, our findings suggest a muscle-adipose tissue crosstalk through a regulatory feedback mechanism.