by maurizio01sr published about 1 month ago
Hi, my name is Maurizio di Mauro, I'm 43 and I'm from Siracusa (Italy). In March 2014 I was detained in prison; while I was exercising I had a collapse and was brought immediately to the E.R. They made some specific tests, among which CPK... results showed very high values. Since then my conditions kept worsening; I could hardly walk, my legs and arms were so swollen they seemed ready...
Read more

I was diagnosed with stiff person syndrome in 2010.

by RareConnect team published about 1 month ago
After 2 years of going to various hospitals, a Chilean doctor who studied in Germany and a German doctor who worked with patients of rare diseases in Chile offered me a treatment which consisted partly of medication and partly of water-based exercises, which I accepted. I began with a treatment of 30 x 10mg Diazepam per day which, here in Chile, is a muscle relaxant, but it is sleep-inducing,...
Read more

by RareConnect team published about 1 month ago
For three years I have been searching for answers.
I have been diabetic for 6 years and have required insulin for about the last 4 years. In mid-2004 I began experiencing the then occasional symptom of not being able to move my left leg. It did not respond to the order to move it; I had to stop walking and move my leg from my waist, like a robot.
And memory problems. I did not feel pain o...
Read more

by RareConnect team published about 1 month ago
Unwell, at the age of 20 I am diagnosed with diabetes.
I am diagnosed with epilepsy at the age of 25 or 26, having two fits per year; since I have been taking Diazepam, I have not had any more fits.I take medication for both diseases.
On 28/5/2010, I am admitted to hospital because of a collapse.
At this point the disease is still not identified.
Speaking to my co-workers today, I a...
Read more 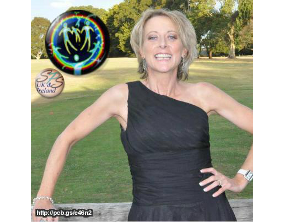 by RareConnect team published about 1 month ago
I used to hide my condition from people because I felt absolutely “silly” as to why I could not move, or walk at times. How can you tell people that you are just “stuck?” I had no idea of what was wrong, so how could I tell anyone else? I still sometimes hide how bad some days are as I do not want my family and friends to worry. I finally had an anti-GAD antibody (glutamic acid decar...
Read more

by Helmut published about 1 month ago
My name is Helmut and I live in western Germany on the border to Belgium and the Netherlands. Before I retired, I was Professor for Information Science. In March of 2015, I was diagnosed with "Progressive Encephalomyelitis with Rigidity and Myoclones" (PERM), a rare variation of the Stiff-Person Syndrome. With my story, I want to portray the course of events with the characteristic...
Read more