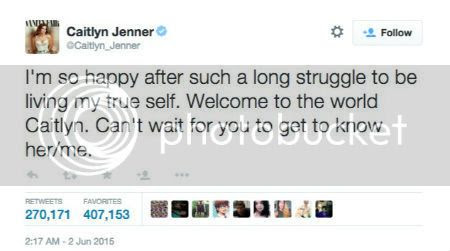 The big story in the tabloids this week was the transformation of Bruce Jenner, decathlon gold medalist and reality TV star, into Caitlyn Jenner. When the new Jenner, with flowing brunette locks, an ample bust and a corset, appeared on the cover of Vanity Fair, social media went mad. Within hours, the Twitter account of Caitlyn Jenner went from 0 to 1.1 million followers (BioEdge has about 5,000).
Beyond the titillation, there’s a lot to think about in the Jenner story. Is gender all in the mind? Is transitioning really possible? Is Jenner being cynically exploited by commercial interests? Where is a society based on self-defined identity going?
But the most thought-provoking comment, for my money, came from Nuriddeen Knight, an African-American woman writing in The Public Discourse. She compared the trans experience with Toni Morrison’s first novel, The Bluest Eye, in which an African-American girl longs to become a blue-eyed white girl.
“We, as the readers, don’t applaud this … We know that it’s not really blue eyes she wants, she wants something much deeper—love, acceptance, respect, honor ... the intangible human desires we all crave but are not equally given,” she writes.
“But what if, instead of wanting to be white, I wanted to be a man?” she continues. “What if, instead of crying to my parents that I was really a white person, I told them that I was really a man and that I desperately wanted to change my body to match my mind? If, in this scenario, you think that my parents should applaud my courage, accept my new gender identity, and run to the nearest surgeon, please ask yourself: ‘Why?’”


* * * * *
Thanks to everyone who contributed to our recent fund-raising drive. We have nearly reached our goal. If you missed previous emails and would still like to contribute, please click here for details.