Gonorrhea is increasingly resistant to the drugs prescribed to treat it, and few antibiotic options remain. Research can help unlock the potential to develop new drugs to treat gonorrhea and better tests to find out if a patient has a resistant infection.
Blindness in newborns, infertility in women, and severe scarring in the urinary tract of men—these were the outcomes of untreated gonorrhea before antibiotics revolutionized its treatment and cure.
More than 80 years ago, gonorrhea became easily treatable with a single dose of antibiotic. But over the past few decades, public health agencies have seen a growing number of gonorrhea cases that do not respond to the antibiotics that doctors traditionally have used to treat the disease. The threat of these drug-resistant strains is getting worse. If the last recommended treatment stops working, America could once again face the health problems of the early 20th century.
To fight this urgent public health threat, CDC is using the latest advances in genome sequencing techniques to unlock the DNA of the bacterium that causes gonorrhea. This information is critical to the development of new drugs to treat gonorrhea, as well as better tests to find out quickly if a patient’s infection is resistant.
This cutting edge research will tell how the bacteria is changing and help scientists find better ways to prevent gonorrhea. Using these new approaches, CDC hopes to keep untreatable gonorrhea from becoming a reality. 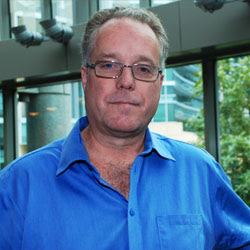 David Trees, PhD is a microbiologist in CDC’s National Center for HIV/AIDS, Viral Hepatitis, STD, and TB Prevention (NCHHSTP). Dr. Trees serves as a team lead for the Microbial Resistance and Genomics Laboratory located in NCHHSTP’s Division of STD Prevention .
Dr. Trees has spent more than 25 years working in the field of sexually transmitted diseases. He joined CDC in 1991 as a staff fellow and later as a visiting scientist and has served as the lead of multiple laboratory teams before assuming his current role.
Dr. Trees earned his undergraduate degree in microbiology from Iowa State University and his PhD in microbiology from Kansas State University. In addition, he completed three years of post-doctoral work on the molecular biology of Neisseria meningitidis at the University of North Carolina-Chapel Hill. He has been the lead author or co-author on numerous peer-reviewed journal articles and reviews.
Dr. Trees leads a team of scientists working on whole genome sequencing of antibiotic-resistant Neisseria gonorrhoeae. He and his team examine the presence and prevalence of mutations in theNeisseria gonorrhoeae gene sequences that contribute to antibiotic resistance. By pinpointing these mutations, and combinations of mutations, Dr. Trees hopes his team’s work can improve the diagnostic methods used for Neisseria gonorrhoeae by creating molecular-based assays that can identify antibiotic-resistant strains more rapidly by detecting these mutations directly from patient samples without the need to culture the bacteria before analysis. 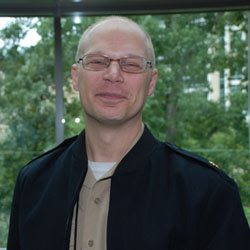 Robert D. Kirkcaldy, M.D., M.P.H., is a medical epidemiologist in the Division of STD Prevention at CDC’s National Center for HIV/AIDS, Viral Hepatitis, STD, and TB Prevention. As the project officer for theGonococcal Isolate Surveillance Project, he leads CDC’s efforts to track and respond to the threat of antibiotic-resistant gonorrhea in the United States. Dr. Kirkcaldy also led a recently completed clinical trial of potential gonorrhea treatments.
Dr. Kirkcaldy joined CDC in 2008 as an Epidemic Intelligence Service Officer. In that role, he conducted research on trichomoniasis drug resistance and field investigations in U.S. cities with high rates of syphilis. He also assisted with CDC’s response to the H1N1 influenza pandemic and a multi-stateSalmonella outbreak.
Before coming to CDC, he was an internist and psychiatrist at Montgomery General Hospital and Shady Grove Adventist Hospital in Maryland.  He also served in hospitals in Rwanda and Haiti.
He earned the Doctor of Medicine from Tulane University and received the Master of Public Health from the Johns Hopkins University Bloomberg School of Public Health.  He completed a combined residency in internal medicine and psychiatry at Tulane University.
Dr. Kirkcaldy regularly publishes manuscripts and presents at scientific meetings on issues related to gonorrhea antibiotic resistance, including surveillance, treatment guidelines, and the public health response.