We requested that all US state public health laboratories submit influenza-positive specimens for virologic surveillance, including antiviral susceptibility testing, as described (2). In brief, every 2 weeks each laboratory was asked to send ≤5 specimens for all virus types for virus isolation and neuraminidase (NA) inhibition assay for oseltamivir, zanamivir, and, in a subset, laninamivir and peramivir (3). All oseltamivir-resistant viruses were tested for the H275Y substitution in NA by pyrosequencing (4). Unpropagated influenza A(H1N1)pdm09 virus–positive clinical specimens were screened for the H275Y substitution by pyrosequencing (Technical Appendix[PDF - 326 KB - 4 pages]). If a cluster (>2 viruses) of oseltamivir-resistant A(H1N1)pdm09 viruses was detected, the state was asked to submit additional influenza A(H1N1)pdm09 virus specimens for testing.
We attempted to collect information by using a standard form for all patients with oseltamivir-resistant virus infection and from a sample of patients with oseltamivir-susceptible virus infection. A 2:1 (susceptible:resistant) sample was randomly selected from the list of tested specimens from the same age group in each state (<5, 5–17, 18–64, and ≥65 years). Patients with oseltamivir-resistant or -susceptible virus infections were compared by using conditional logistic regression models that controlled for age. Full NA and hemagglutinin sequence analysis was performed on all resistant viruses and a subset of susceptible viruses. 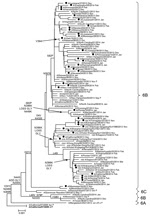 Figure 2. Evolutionary relationships among influenza A (H1N1)pdm09 virus neuraminidase genes, United States, 2013–14. Phylogenetic tree was generated by using the MEGA software package v5.2 (http://www.megasoftware.net/) and the neighbor-joining method. Evolutionary distances...
Most hemagglutinin sequences from US influenza A(H1N1)pdm09 viruses collected since October 1, 2013, belonged to the 6B genetic group, and there was minimal separate clustering between susceptible and resistant viruses (Technical Appendix[PDF - 326 KB - 4 pages] Figure 1). Similar results were observed for the phylogenetic tree of the NA gene (Figure 2). NA sequences from resistant viruses in the United States with the H275Y substitution were generally scattered among other susceptible viruses from genetic group 6B viruses. Most (>99%) influenza A(H1N1)pdm09 viruses currently in circulation have NA substitutions V241I and N369K (Technical Appendix[PDF - 326 KB - 4 pages] Figure 2). There was >1 cluster of NA sequences with the N386K substitution; each cluster contained susceptible and resistant viruses. Most (>89%) resistant viruses from the United States do not have the N386K mutation.

We thank our collaborators in US public health laboratories for submitting specimens; colleagues from the Virus Reference Team, Influenza Sequence Activity Team and Molecular Epidemiology Team (Centers for Disease Control and Prevention, Atlanta, GA, USA) for providing valuable assistance; and the 2013–14 US Influenza Antiviral Working Group for providing valuable contributions to US national influenza virologic surveillance.

1Members of the 2013–14 US Antiviral Working Group are listed at the end of this article.
Publicado por salud equitativa en 4:42