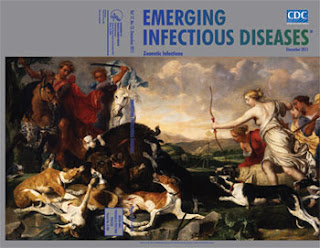 It is now recognized that hepatitis E virus infection is not confined to developing countries. HEV infection is a growing public health concern in industrialized countries where the disease is mainly autochthonous, caused by HEV genotypes 3 (Europe) and 4 (People’s Republic of China and Japan), and is thought to be zoonotic (1).

In a previous study, we estimated that 16.6% of blood donors in the Midi-Pyrénées region of southwestern France have HEV antibodies (2). This rate was much higher than that measured in northern France (3), which suggests differences between these 2 populations and their exposure to HEV that we wished to explore further. However, it is difficult to make wider comparisons with seroprevalence studies from other areas because the various assays used differed in sensitivity and specificity (4). Because a recent study suggested that the HEV IgG assay we used in our original study lacks sensitivity (5), we repeated and extended the study using a more sensitive assay that has been validated by using serum from PCR-proven HEV genotype 3 infections (5).
full-text:
Hepatitis E Virus Antibodies in Blood Donors, France - Vol. 17 No. 12 - December 2011 - Emerging Infectious Disease journal - CDC