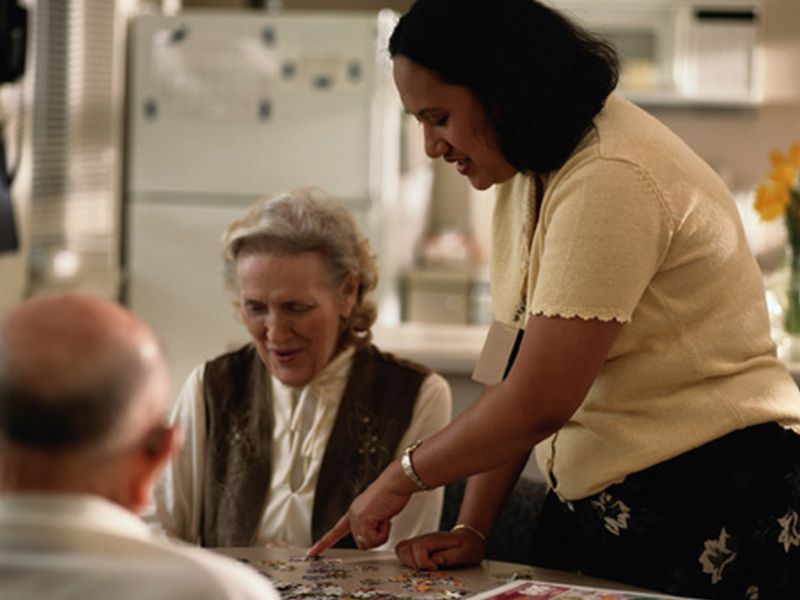 TUESDAY, Feb. 16, 2016 (HealthDay News) -- Staying socially active by joining book clubs or church groups may add years to your life after retirement, a new study suggests.
The more groups a person belongs to in early retirement, the lower their risk of premature death, Australian researchers found. The chance of dying within six years of stopping work was 2 percent for people who were members of two social groups before retiring and stayed in both. If they left one group, their risk of death increased to 5 percent, and it rose to 12 percent if they left both groups.
"The sense of belonging that social group connections provide helps people sustain a meaningful and healthy life," said lead researcher Niklas Steffens, a lecturer at the University of Queensland in Brisbane, Australia.
Social planning may be as important as financial and medical planning to health and well-being in retirement, he said.
"If you don't belong to any group, join one," Steffens said. "If you belong to only one or two groups, you might want to think about how to make the most of these and what other groups you may want to join. Remember that maintaining an active group life is as important as other things, such as regular exercise."
The report was published online Feb. 15 in the journal BMJ Open.
However, this study, while valuable, doesn't prove cause and effect, according to Dr. David Katz, director of the Yale University Prevention Research Center in New Haven, Conn.
"It may be that individuals prone to ill health, physical or mental, were less social as a result," said Katz, who is also president of the American College of Lifestyle Medicine.
"Still, the study reminds us of the importance of meaningful human interactions to our well-being. That social interaction appears comparable to physical activity is not a reason to substitute one for the other, but to do both," Katz said.
Over six years, Steffens and colleagues collected data on 424 retirees. The study compared the retirees with similar people who were still working. All participants were at least 50 years old and part of an ongoing study of aging in England.
Each participant was asked how many social groups he or she belonged to, and completed questionnaires about quality of life and physical health.
People whose quality of life was good before retirement were more likely to have high scores on the quality-of-life questionnaire after retirement, the findings showed.
But membership in social groups was also associated with improved quality of life. Every group membership lost after retirement was associated with roughly a 10 percent drop in quality-of-life score six years later, Steffens said.
Six years after retirement, 28 study participants had died. Subjectively rated, health was not a significant predictor of death, but the number of group memberships was, according to the study authors. No such patterns were seen for those still working.
In addition, Steffens found that if people exercised vigorously once a week before retirement and kept it up, their chances of dying over the next six years was 3 percent. That rose to 6 percent if they exercised less than once a week, and to 11 percent if they stopped.
"We are social animals, and suffer if that part of our nature is denied," Katz said. "Retirement can be challenging both because a sense of purpose is changed or lost, and because social interactions diminish. This study suggests that maintaining meaningful social interactions is important and a defense against premature death," he said.
SOURCES: Niklas Steffens, Ph.D., lecturer, University of Queensland, Brisbane, Australia; David Katz, M.D., M.P.H., director, Yale University Prevention Research Center, New Haven, Conn., and president, American College of Lifestyle Medicine; Feb. 15, 2016, BMJ Open, online
HealthDay
Copyright (c) 2016 HealthDay. All rights reserved.