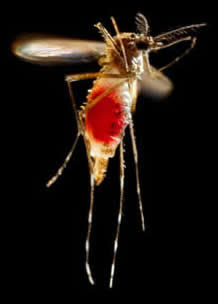 
Tyler M. Sharp, PhD1, Nicole M. Roth1, Jomil Torres, MS2, Kyle R. Ryff, MPH2, Nicole M. Pérez Rodríguez1, Chanis Mercado, MPH2, Maria del Pilar Diaz Padró, MPH2,Maria Ramos, MPH2, Raina Phillips, MD3,4, Matthew Lozier, PhD4,5, Carmen S. Arriola, DVM, PhD4,6, Michael Johansson, PhD1, Elizabeth Hunsperger, PhD1, Jorge L. Muñoz-Jordán, PhD1, Harold S. Margolis, MD1, Brenda Rivera García, DVM2 (Author affiliations at end of text)
Chikungunya and dengue are mosquito-borne, viral, acute febrile illnesses that can be difficult to distinguish clinically. Whereas dengue is endemic in many countries in the Caribbean and the Americas, the first locally acquired chikungunya case in the Western Hemisphere was reported from the Caribbean island of St. Martin in December 2013 and was soon followed by cases in many parts of the region (1). In January 2014, the Puerto Rico Department of Health (PRDH) and CDC initiated chikungunya surveillance by building on an existing passive dengue surveillance system. To assess the extent of chikungunya in Puerto Rico, the severity of illnesses, and the health care–seeking behaviors of residents, PRDH and CDC analyzed data from passive surveillance and investigations conducted around the households of laboratory-positive chikungunya patients. Passive surveillance indicated that the first locally acquired, laboratory-positive chikungunya case in Puerto Rico was in a patient with illness onset on May 5, 2014. By August 12, a total of 10,201 suspected chikungunya cases (282 per 100,000 residents) had been reported. Specimens from 2,910 suspected cases were tested, and 1,975 (68%) were positive for chikungunya virus (CHIKV) infection. Four deaths were reported. The household investigations found that, of 250 participants, 70 (28%) tested positive for current or recent CHIKV infection, including 59 (84%) who reported illness within the preceding 3 months. Of 25 laboratory-positive participants that sought medical care, five (20%) were diagnosed with chikungunya and two (8%) were reported to PRDH. These investigative efforts indicated that chikungunya cases were underrecognized and underreported, prompting PRDH to conduct information campaigns to increase knowledge of the disease among health care professionals and the public. PRDH and CDC recommended that health care providers manage suspected chikungunya cases as they do dengue because of the similarities in symptoms and increased risk for complications in dengue patients that are not appropriately managed. Residents of and travelers to the tropics can minimize their risk for both chikungunya and dengue by taking standard measures to avoid mosquito bites.
Chikungunya* is an emerging infectious disease characterized by fever and arthralgia (2). After the first locally acquired chikungunya case was reported from St. Martin in December 2013, CHIKV spread rapidly throughout the Americas, with nearly 1 million cases reported to date.† Both CHIKV and the four dengue viruses (DENV-1–4) are transmitted by Aedes aegypti and Aedes albopictus mosquitoes. Dengue§ is endemic in Puerto Rico (3) and throughout the tropics¶ where these mosquitoes exist (4), and is characterized by fever, aches and pains, leukopenia, and minor bleeding manifestations (e.g., petechial and gingival bleeding) (5). Whereas DENV infection does not lead to long-lasting cross-protective immunity but rather is associated with increased risk for developing severe dengue after infection with another DENV, infection with CHIKV results in long-lived immunity that protects from future illness.
In January 2014, PRDH and CDC initiated chikungunya surveillance in Puerto Rico by modifying the existing Passive Dengue Surveillance System (PDSS) (3) to include suspected chikungunya. Patients for whom a clinician suspected chikungunya as the cause of illness were reported by sending a serum specimen along with a dengue case investigation form** on which "suspected chikungunya" was indicated. Specimens collected within 5 days of illness onset were tested by real-time reverse transcription–polymerase chain reaction (rRT-PCR) (6) with updated primers to detect current CHIKV infection. Specimens collected ≥6 days after illness onset were tested by immunoglobulin M capture enzyme-linked immunosorbent assay (MAC-ELISA) (7) to detect recent CHIKV infection. Specimens from suspected dengue patients and some specimens from suspected chikungunya patients were tested by rRT-PCR (8) or MAC ELISA to detect current or recent DENV infection, respectively. Laboratory-positive chikungunya cases were defined as suspected chikungunya cases with test results indicating current or recent CHIKV infection.

In accordance with International Health Regulations, CDC was notified after the first locally acquired chikungunya case in Puerto Rico was identified. The public health response to the impending epidemic focused on raising chikungunya awareness, both among health care providers and the public, and implementing syndromic surveillance with laboratory testing to enable timely detection of cases. Messaging to health care providers focused on the signs and symptoms of chikungunya and the need to manage suspected chikungunya patients as dengue patients because of their clinical similarity and the increased risk for morbidity and mortality if dengue patients are not managed appropriately (5,12). Mandatory reporting of novel diseases such as chikungunya was already required in Puerto Rico; however, supplemental regulations were issued requiring reporting of suspected chikungunya cases to PRDH. To enable more timely surveillance, a chikungunya sentinel surveillance system was initiated in August with nine representative health facilities selected to monitor epidemiologic trends.

CHIKV was first detected in modern-day Tanzania in 1952–1953 (13), and later caused outbreaks in countries in the Indian Ocean and southern Asia (2). Chikungunya outbreaks typically affect a large proportion of the population (e.g., 38%–63%) because of high viremia in the host and infected mosquitoes, inability to control vector mosquitoes, and lack of preexisting protective immunity (2). Some chikungunya patients experience prolonged morbidity and disability because of joint pain that can persist for months or years (14). Fatal chikungunya cases are rare (i.e., <0.1% of cases) and are typically associated with underlying health conditions or very young or advanced age (15). Although there is no specific treatment for either dengue or chikungunya, close clinical monitoring of dengue patients along with judicious fluid management can reduce morbidity and mortality (5,12).
Passive surveillance for any illness is dependent on ill persons seeking medical care, clinician recognition of the illness, and reporting of cases to public health authorities. The household investigations conducted during the chikungunya epidemic in Puerto Rico identified cases that had not been reported, suggesting that the magnitude of the epidemic is larger than suggested by passive surveillance. Because the population of Puerto Rico is presumed to be immunologically naïve with respect to CHIKV infection and Ae. aegypti mosquitoes are present year-round, the high infection rates observed in the household investigations were not unexpected. Prior investigations have reported rates of asymptomatic CHIKV infection of 3%–28% (16,17), similar to the rate observed in this investigation.
Because of overlapping signs and symptoms, chikungunya and dengue are often difficult to distinguish clinically. Therefore, surveillance in areas where both CHIKV and DENV are circulating should include laboratory diagnostic testing for both illnesses. Although aches and pains are characteristic of both illnesses, arthralgia might be more prominent in patients with chikungunya, whereas dengue patients typically complain of generalized myalgia and retro-orbital eye pain. Similarly, although rash might be present in both dengue and chikungunya patients, studies have suggested that it is more common and develops earlier in chikungunya patients (18,19). Nonetheless, until arthralgia, rash, or other clinical signs or symptoms have been shown to clearly differentiate patients with chikungunya from those with dengue, the introduction of chikungunya to the Americas heightens the clinical challenge of ensuring optimal management of dengue patients†† (i.e., hospitalization of patients with warning signs of severe dengue [e.g., persistent vomiting, severe abdominal pain] or other severe manifestations, and providing outpatients with appropriate anticipatory guidance). Because persons with suspected chikungunya might have dengue, nonsteroidal anti-inflammatory drugs (e.g., aspirin and ibuprofen) should be avoided and fever and pain should be managed with acetaminophen until there is a clear diagnosis and the patient is free of warning signs.
Although severe disease manifestations were uncommon among CHIKV-infected persons in Puerto Rico, clinicians should be aware of severe manifestations that have been previously associated with CHIKV infection (e.g., encephalitis and vesiculobullous skin lesions). Future investigations should describe the incidence and clinical course of patients in the Americas with severe manifestations of CHIKV infection, and verify previously identified risk factors for developing them (e.g., hypertension, underlying respiratory or cardiac conditions, and age ≥40 years) (15). Similarly, additional investigation is needed to determine the relative contribution of CHIKV infection and underlying medical conditions in the four fatal cases thus far reported. Finally, because CHIKV infection has been associated with persistent joint pain for months after the initial illness (14), additional investigation in the Americas is needed to quantitate disability caused by chikungunya-associated persistent joint pain.
The findings in this report are subject to at least two limitations. First, because of the large volume of cases reported to PRDH, not all specimens were tested. Instead, priority was assigned to specimens from hospitalized patients and municipalities that had not yet identified a laboratory-positive case. Thus, age- and municipality-specific incidence of chikungunya could not be accurately calculated. Second, household investigations were conducted during the daytime on weekdays, when children and working-age adults might not be available. Older persons might spend more hours at home during the day, when Ae. aegyptimosquitoes are most active, and might also have preexisting arthritis or other health conditions that might be exacerbated following CHIKV infection. Consequently, the rates of CHIKV infection and the associated symptoms identified through household investigations might not be representative of the population.
Because of the high volume of reported chikungunya cases, a network of sentinel chikungunya surveillance sites was established across Puerto Rico to better monitor the progression and trends of the chikungunya epidemic and the concurrent incidence of dengue. Clinical education seminars have been conducted throughout Puerto Rico to improve provider awareness of chikungunya, including the need to manage patients with suspected chikungunya the same way that dengue patients are managed. Messages to the public have emphasized the need to dispose of or empty water containers that can serve as mosquito breeding sites (e.g., refuse, discarded tires, and flower pots), and recommended seeking care early for acute febrile illness and managing fever and pain with acetaminophen. The chikungunya epidemic is expected to continue until a critical proportion of the population is no longer susceptible to infection. Forecasting the duration of the epidemic might be achieved through serologic surveys to monitor increases in population immunity.
Residents of and travelers to areas of the tropics with ongoing CHIKV and DENV transmission should employ mosquito avoidance strategies to prevent illness. Such strategies should include use of mosquito repellent, wearing long sleeves and pants, and staying in residences with air conditioning and screens on doors and windows. Additional information on chikungunya, including up-to-date case counts and affected areas, is available at www.cdc.gov/chikungunya.
1Division of Vector-Borne Diseases, National Center for Emerging and Zoonotic Infectious Diseases, CDC; 2Office of Epidemiology, Puerto Rico Department of Health; 3Division of Environmental Hazards and Health Effects, National Center for Environmental Health, CDC; 4Epidemic Intelligence Service, CDC; 5Influenza Division, National Center for Immunization and Respiratory Diseases, CDC; 6Division of Global Health Protection, Center for Global Health, CDC (Corresponding author: Tyler M. Sharp, tsharp@cdc.gov, 787-706-2399)