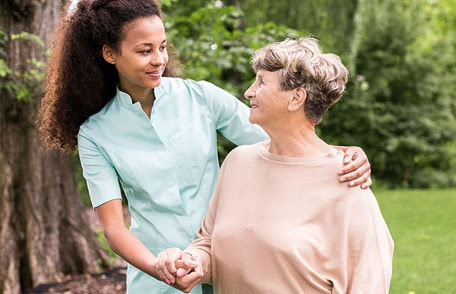 October 29 is World Stroke Day.  Increase your awareness of the signs and symptoms of a stroke.  You could save a life, including your own!
Stroke is the second-leading cause of death for people aged 60 years or older worldwide.1 Stroke is the 4th leading cause of death and is a leading cause of serious long-term disability in the United States.2 Women have a higher lifetime risk for stroke than men because they live longer, on average. Women also are more likely to die from a stroke.
On World Stroke Day, the World Stroke Organization and partners such as the American Heart Association and the American Stroke Association (AHA/ASA) will begin a global 3-year campaign focusing on women and stroke. The World Stroke Organization established World Stroke Day in 2006 to help spread public awareness of high stroke risk and stroke prevalence across the globe.

Get more facts about stroke.

According to AHA/ASA,6 women have more strokes than men and stroke kills more women than men. Stroke is the third-leading cause of death in women and the fourth-leading cause of death in men. About 55,000 more women than men have a stroke each year.
The following are some risk factors for stroke are unique to women:
In addition, some risk factors that men and women share are more common in women than in men. These include having migraines with aura, atrial fibrillation, and diabetes. AHA/ASA convened an expert panel to examine the research on sex differences and stroke and develop guidelines for preventing stroke specifically for women.7
The experts developed an extensive set of guidelines, including recommending that women be screened for high blood pressure before starting birth control pills and be screened for pregnancy risk factors such as preeclampsia. The panel noted that women who smoke and experience migraines with aura should be advised to quit smoking because of their greater risk of having a stroke. The panel also advised that all women aged 75 years or older be screened for atrial fibrillation. To help reduce your risk of stroke, stay physically active each day.

An Ounce of Prevention Makes a World of Difference

Several conditions and lifestyle choices can put people at higher risk for stroke. The most important risk factors are high blood pressure, heart disease, diabetes, cigarette smoking, atrial fibrillation, and having had a prior stroke.
The good news is that the following steps can help reduce your risk for stroke:
CDC's Division for Heart Disease and Stroke Prevention funds activities at the state level to promote stroke awareness and prevention in many ways, including through the WISEWOMAN program and the Paul Coverdell National Acute Stroke Registry.
WISEWOMAN helps women with little or no health insurance reduce their risk for heart disease, stroke, and other chronic diseases. The program helps women aged 40–64 years to improve their diet, physical activity, and other behaviors. WISEWOMAN also provides cholesterol tests and other screening, including blood pressure screening. CDC currently funds 21 WISEWOMAN projects in 19 states and 2tribal organizations.
The Coverdell program currently funds 11 states to improve the quality of care for acute stroke patients from first contact with emergency medical services through in-hospital care to transition of care from hospital to next care setting.

F—Face: Ask the person to smile. Does one side of the face droop?

A—Arms: Ask the person to raise both arms. Does one arm drift downward?

S—Speech: Ask the person to repeat a simple phrase. Is their speech slurred or strange?

T—Time: If you observe any of these signs, call 9-1-1 immediately.

Getting FAST treatment for a stroke is critically important to prevent death and disability for this life-threatening condition. Many people do not know how to recognize a stroke. CDC encourages everyone to know the signs and symptoms of stroke and call 9-1-1 right away if you think someone might be having a stroke.
Note the time when any symptoms first appear and the time when the person was last known to be in their usual state of health. Some treatments for stroke only work if given in the first 3 hours after a stroke occurs. Do not drive to the hospital or let someone else drive you. Call an ambulance so that emergency medical personnel can begin life-saving treatment on the way to the emergency room.
One of the most important things to remember about stroke is that we can prevent many of these devastating events and also reduce the severity of a stroke when one occurs. This year on World Stroke Day—or any day—take the time to learn the basics about stroke. You could save a life, including your own.