Diphtheria, tetanus, and pertussis are three bacterial diseases that are often vaccinated against with a single shot.
The best way to prevent these diseases is through vaccinations. These vaccines include DTaP, Tdap, and Td.
DTaP vaccine is given to children up to 7 years of age.  It is often given at the same time as other vaccines, and is part of several available combination vaccines.  Td andTdap vaccines are given to adolescents and adults.
Clinical trials and post-licensure monitoring data show that DTaP, Td and Tdap vaccines are safe. DTaP vaccines may cause mild reactions, including tenderness and redness where the shot was given, drowsiness, headache, diarrhea, fussiness and low-grade fever, which can begin a few minutes to a few hours after the vaccination. Td and Tdap vaccines may occasionally cause mild reactions as well, such as pain, tenderness, and redness where the shot was given, headache, low fever, tiredness, and nausea. On very rare occasions, severe (anaphylactic) allergic reactions may occur after vaccination, including hives, swelling of the face and throat, difficulty breathing, a fast heartbeat, dizziness, and weakness.

How CDC Monitors the Safety of Diphtheria, Tetanus, and Pertussis Vaccines

CDC and the Food and Drug Administration (FDA)

closely monitor the safety of diphtheria, tetanus, and pertussis vaccines. Problems detected with these vaccines will be reported to health officials, health care providers, and the public. Needed action will be taken to ensure the public’s health and safety.
CDC uses 3 main monitoring systems:

A Closer Look at the Safety Data 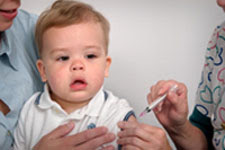 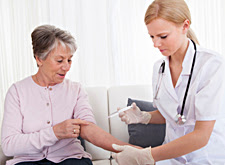