Smoking in Pregnancy: A Possible Risk for ADHD | Features | CDC

Smoking in Pregnancy: A Possible Risk for ADHD | Features | CDC

Smoking in Pregnancy: A Possible Risk for ADHD

Learn and share during ADHD Awareness Month.
ADHD is one of the most common neurobehavioral disorders of childhood. About 1 in 10 children 4-17 years of age in the United States have been diagnosed with ADHD, based on parent reports. The Centers for Disease Control and Prevention (CDC) is working to understand the risk factors for ADHD, including smoking during pregnancy, so that more can be done to prevent the disorder.

ADHD and Smoking in Pregnancy

The year 2014 marked the 50th anniversary of the first Surgeon General's report on the risks associated with smoking. For the 2014 report, researchers at CDC reviewed the evidence for any associations between prenatal smoking and a set of specific neurobehavioral disorders of childhood, including ADHD, but also oppositional defiant disorder (ODD), conduct disorder (CD), anxiety disorders, depression, Tourette syndrome (TS), schizophrenia, and intellectual disability (ID).
The evidence reviewed suggests that:

Prenatal exposure to smoking is associated with disruptive behavioral disorders in children.
We know that there is a link, but we do not yet know how smoking during pregnancy is related to ADHD in childhood. Many of the studies relied on retrospective reports of smoking and many studies had small sample sizes, especially for less common conditions such as TS and schizophrenia. There are also many other risks that are often present along with maternal smoking that might explain the link with neurobehavioral disorders. Thus, more research studies are necessary to determine how prenatal exposure to smoking is related to developmental outcomes in children.
The new evidence adds to the concerns about the negative effects of smoking that were already included in the previous Surgeon General's reports. In addition to the well-known risks to the health of the person who is smoking, there was consistent evidence that the toxins in tobacco from maternal smoking have negative effects on reproductive and developmental outcomes, for example, premature birth which can lead to death, disability, and disease among newborns.
You can read the entire 2014 Surgeon General's Report here.

What can healthcare providers do?

There are many risks from smoking before and during pregnancy, so it is especially important that women do not smoke during their reproductive years. CDC has gathered many resources that healthcare providers can use to help women quit smoking before or during pregnancy. You can also learn more about the public health approachthat CDC is using to eliminate tobacco use and exposure during the reproductive years.

What can you do if you are concerned about smoking and pregnancy? 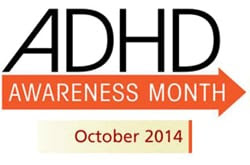 Many children have trouble focusing and behaving at one time or another. These symptoms may reach the level of a disorder if they continue over time and cause difficulty at school, at home, or with friends. ADHD may put a child at risk for other concerns and conditions. The impact of ADHD can continue into adulthood.

Children with ADHD:
Learn more about the diagnosis and treatment of ADHD.

What is CDC doing about ADHD?

CDC is gathering information about ADHD and how it impacts children and families, so that we can do more about prevention and treatment. Currently, research studies are underway to: